Cumberland Street runs east-west at the western end of the town of Dun Laoghaire.

Cumberland St (then unnamed) was the most prominent street in the village of Dunleary until about 1815. 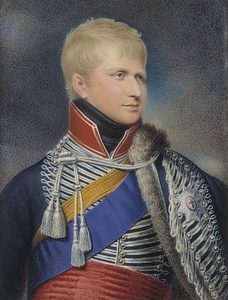 Prince Ernest Augustus, the fifth son of George III and Queen Charlotte, was born at Buckingham House on 5 June 1771. Ernest grew up at Kew, housed with his younger brothers, Augustus and Adolphus. The three Princes were made Knights of the Garter on 2 June 1786 and shortly after, were sent to the University of Göttingen to study.

On 23 April 1799, Ernest was made Duke of Cumberland and Teviotdale and Earl of Armagh and awarded a grant of £12000 a year by parliament.

On 29 May 1815, Ernest married Princess Frederica of Solms-Braunfels in Neustrelitz, whom he had met and fallen in love with a few years previously. Princess Frederica was a niece of Queen Charlotte’s who had been married twice before – to Prince Louis of Prussia and to Prince Frederick of Solms-Braunfels – and twice widowed. The marriage was solemnised again at Carlton House on 29 August 1815 but the Queen refused to receive the new Duchess.

When William IV died on 20 June 1837, his niece Victoria became Queen of England. But she could not accede to the throne in Hanover which could only pass to the male line, and so Ernest became King of Hanover. He entered his capital on 28 June and proceeded to attack the liberal constitution. He ruled autocratically, but listened to reasonable complaints and avoided any hint of revolution. Ernest was a good king and well-respected in Hanover and he successfully ruled during a very unsettled period in Europe.

The Duke of Cumberland’s life was beset with scandal. On 31 May 1810, his valet was found dead and rumours circulated that he had murdered him, though the jury passed a verdict of suicide.
In 1813, he was involved in a political controversy over a parliamentary election in Weymouth. He was accused of influencing the outcome in favour of the Tories, which was considered improper behaviour for a member of the House of Lords.

History of the Street - Cumberland Street 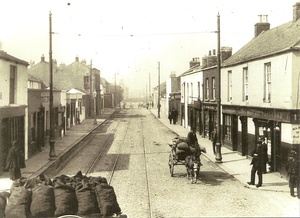 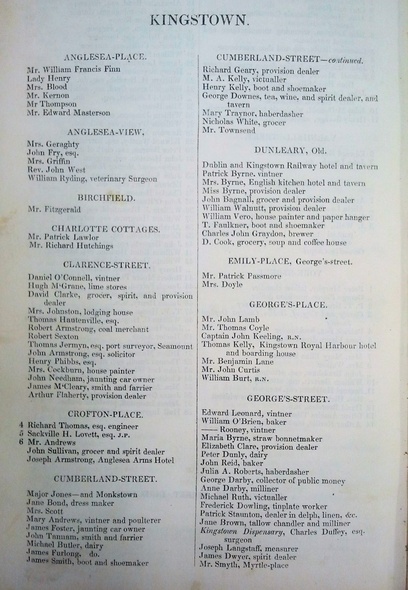 As the town developed in the early years of the 19th century, this street, unnamed, became the main street of the town, then called Dunleary.  From about 1817 it appears on the maps of the area.

By 1835, it had a range of shops and services, including food shops, clothing, boots and shoes as well as a smith and farrier (person who shoes horses).  See directory right.

Shops on the Street 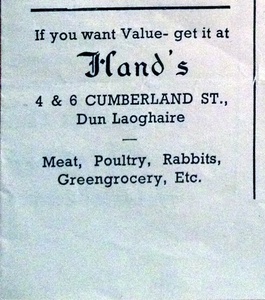 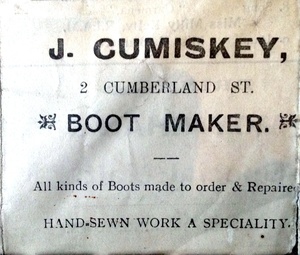 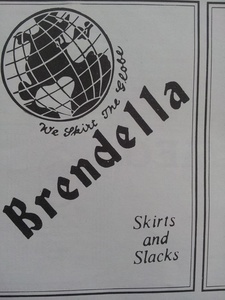 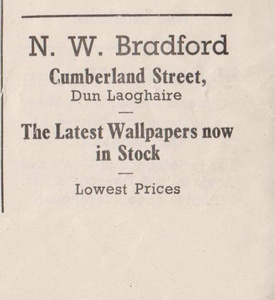