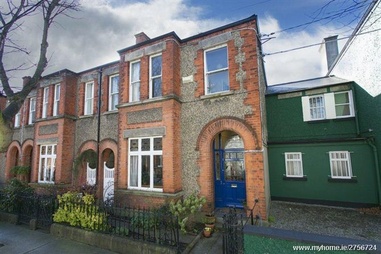 Dungar Terrace is a cul-de-sac of 13 red-bricked houses off Northumberland Avenue, at the back of Dunnes Stores.

Dungar Terrace was built in 1910 by Edward Lee & Co, and were originally intended for employees of the company.  The architect was William Kaye-Perry.  The builder was Moseley & Frazer, Bray

Edward Lee, a methodist from Tyrellspass Co. Westmeath developed a chain of shops in Dublin and surrounding ares (and also in Tyrellspass) in the latter part of the 19th century.  He was a benevolent employer, and refused to join with other employers involved in the 1913 Lockout.  Earlier, he worked to ensure the welfare of his emplyees, establishing the first ‘half-day’ a week for his staff.