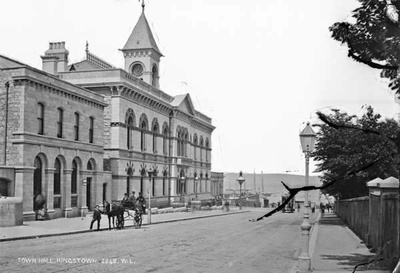 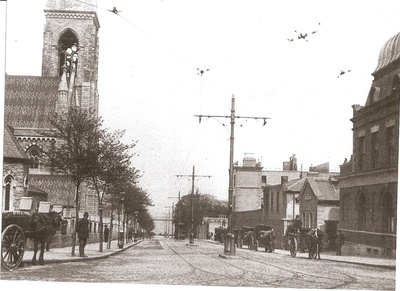 There are various suggestions about the origin of the name Forty Foot Road.  The two most popular are (a) after a regiment of British soldiers called the 40th Regiment of Foot or (b) because the street is 40 feet wide.

There is no information on the reason for the choice about 1867 of the name Royal Marine Road.

By accident or by design, Marine Road became the primary road for public buildings and public services in the town. 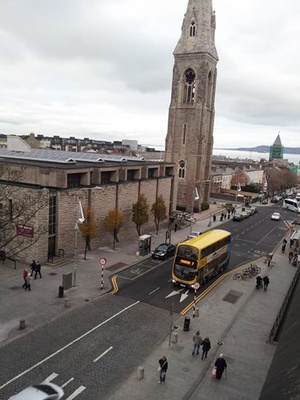 Marine Road as seen from the Shopping Centre 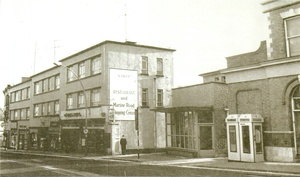 "Marine Road Shopping Centre" about 1970 - not an attractive sight! 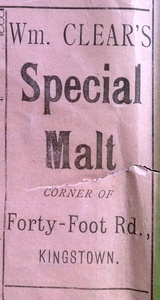 Marine Road was never a major shopping street, but a small number of shops developed at the George's Street end of the street, opposite St Michael's Church. Until 1900, The National Bank Ltd had a prominent site at the end of Gresham Terrace, approximately in the position now occupied by the ramp entrance to the car park of the shopping centre.  For some years afterwards, The Belfast Bank operated from the same premises.