Griffiths Valuation of the 1850s shows 22 properties of which 2 are unfinished.  The buildings vary considerably in valuation, and therefore range from modest cottages to substantial houses.

The Victoria Hotel, also known as Ross's Victoria Hotel and later as Ross's Hotel was on the Northwest corner of the avenue.  It closed in the late 1980s.  An apartment block "Ross's Court" now occupies the site.

Although many houses were occupied by small businesses in the latter part of the 20th century, the majority of properties on Mellifont Avenue are now back in use as private dwellings. 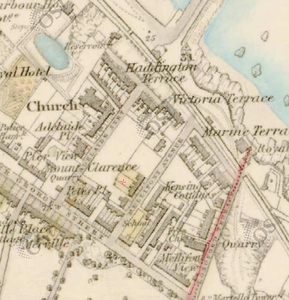 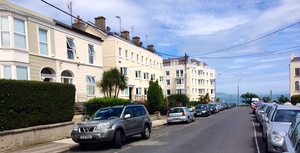 Looking north, Rosses Court on left at end of street.