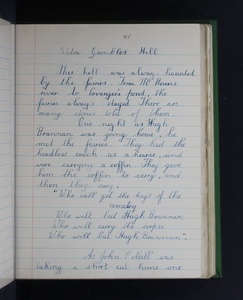 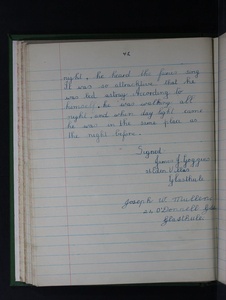 The story is told in a school essay written by two boys in CBS Dun Laoghaire in 1935 and collected and digitized by Duchas.ie as part of the national folklore collection.  Read the story in two pages (left).  Readers should be aware that there was a pond (now disappeared), a river (now culverted) and a graveyard nearby.

The road is nowadays officially known as Mounttown Road Upper.