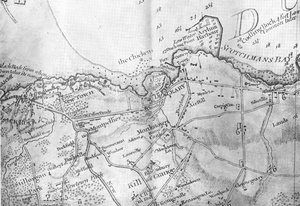 Corrig castle formerly at the end of Northumberland Avenue is clearly marked on Taylors map of 1816 (below right), and many earlier maps. 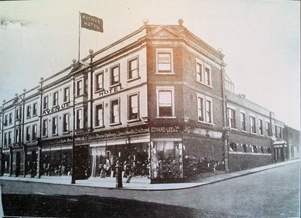 Northumberland Avenue runs southwards from Upper Georges St at the side of Dunnes Stores (formerly Lees) through to Northumberland Place.  Corrig Castle, which was located at the southern end of Northumberland Avenue was a medieval house, and was demolished in 1945.  The castle is clearly marked on Taylors map of 1816 (below right), and many earlier maps. 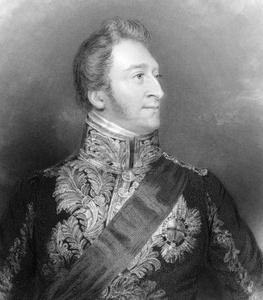 Northumberland Avenue was one of the early streets to be developed and was almost complete by 1850.  An exception was the site which was most recently Dunnes Stores supermarket, but previously a carpet shop, and before that had been the Kingstown Congregational Church.

The first Methodist church in Northumberland Avenue was established there in 1836, and a comprehensive history of the development of the church and its congregation can be found here.

It's interesting to note how the road is described in Griffith's Valuation.  In common with much of the town centre, it lists Northumberland Avenue within Dunleary, which is part of, and  within Kingstown.  There are 49 numbered houses on the avenue but a small number are singled out for naming:-

The houses are of reasonably high valuation, with a median valuation of about £45.  There is quite a number of leaseholders, but there is not a single instance of a leaseholder residing in his own house.  This is unusual for a street of this type

The corner site (now Dunnes Stores), was originally a terrace of houses, each with long narrow front gardens facing on to Upr George's St.  Edward Lee & Co developed a shop there, and prospered.  The shop was rebuilt in the early years of the 20th century to include accomodation for the shop staff, but this accommodation was little used by staff.  Around 1916, the staff accommodation was converted to a hotel called the Avenue Hotel with entrance from Northumberland Avenue.  It was a temperance hotel, serving no alcohol for many years, but later relented and sold alcohol.  Behind Dunnes Stores, Dungar Terrace, a terrace of 12 houses was also built by Edward Lee & Co for the company staff.