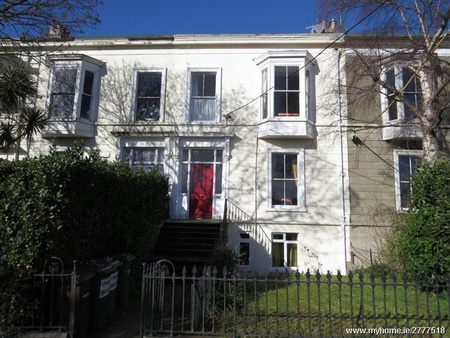 Royal Terrace West was built in the 1860s as the western side of a rectangular park.  There were originally 32 houses.  Number 33 was added later.

The Terrace is longer than the park - but when originally laid out, the park was the full length of the terrace at the south end.  Myrtle Avenue was later built on the southern part of the park