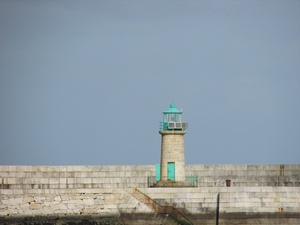 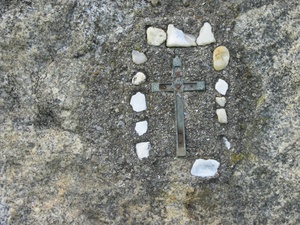 Crucifx set into the wall on the lower level of the West pier .