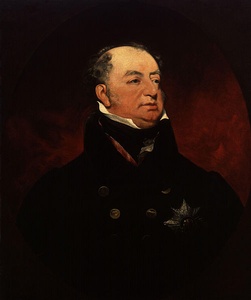 Prince Frederick, Duke of York and Albany (1763-1827) York Road is one of many thoroughfares named after the brothers of King George IV. 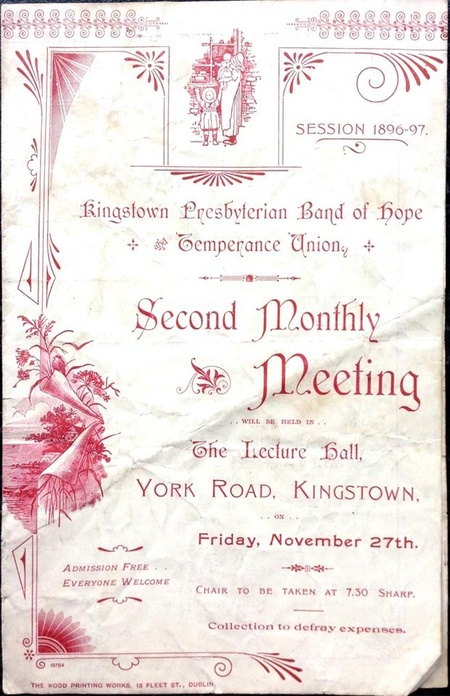 The Lecture Hall was at the back of the Presbyterian Church  Prince Frederick, Duke of York and Albany (1763-1827) was the second eldest of the brothers, and the king had no children.  If he had survived his brother, Frederick would have become king, but he died of dropsy and apparent cardio-vascular disease before he could do so.

York Road was formerly called York Street and is so recorded in Griffiths Valuation of 1949.  It was changed to York Street in 1910. The name York Street probably reflects the fact that the northern end of the road was one of the main streets of the early town.  Earlier, the name Kingstown Hill appears to have been applied to the Southern half of the road.

72 holdings are recorded in Griffiths Valuation.  Fairyland House (Now St Helen's) is recorded as the house of Rev Edward Semple, has 14 acres of land.  The other valuable house is that of Rev W.C. Stacpoole on 3 acres at No 57.

The road contains a mix of uses, including small shops and factories at the end closest to the town, through local authority housing, 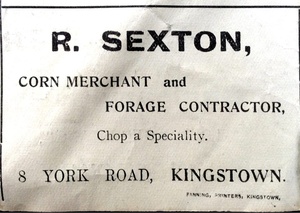 Along the road there are interesting buildings including:-

Number 76 is close to the corner of Lr Georges Street

In 1918, No 71 was the location of the Kingstown Penny Dinners.  This advertisement is later and probably related to the 1930s.  Was it a type of Pawn Shop?