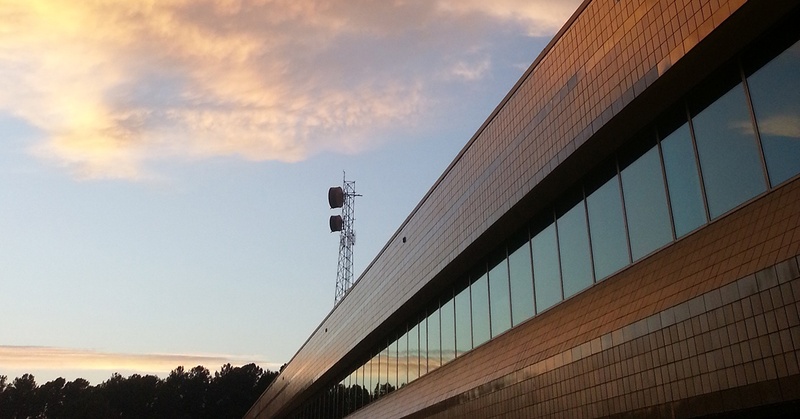 UNC-TV, broadcasting over-the-air on 12 stations and its digital content, is funded through a partnership of public investment and private support.

UNC-TV’s original station, WUNC-TV, Channel 4 in Chapel Hill, signed on the air January 8, 1955. It was North Carolina’s first educational station. Initially, the WUNC-TV operated in three different UNC locations—Greensboro, Raleigh and Chapel Hill. They fed programs to the transmitter and tower, located on Terrell’s Mountain in Chatham County. In 1989, the opening of the Joseph and Kathleen Bryan Communications Center in Research Triangle Park enabled the network’s studio operations to be centralized in one location.

Over the years, 11 more stations were added to the network, enabling UNC-TV to provide access to its four channels to all North Carolina's 100 counties. 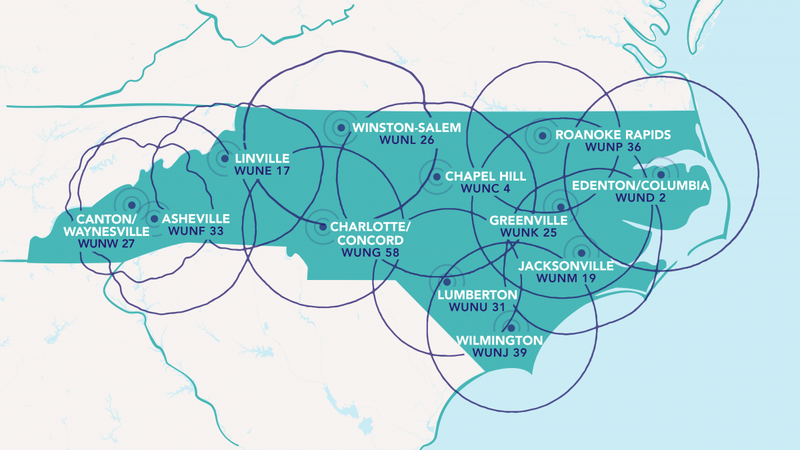 UNC-TV signal coverage across the state comes from 12 stations.

UNC-TV’s headquarters is located in the Research Triangle Park (RTP) in the Raleigh-Durham region of the state.