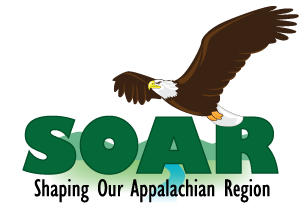 Shaping Our Appalachian Region (SOAR) is a congressional initiative to increase citizen engagement and trust in the economic development happening in Southern and Eastern Kentucky after the collapse of the coal industry in the region created high levels of unemployment and poverty. The Agriculture, Community, & Regional Foods Working group will specifically examine the present and potential strengths, weaknesses, opportunities and challenges facing Kentucky’s farms and food systems as the region transitions to other primary industries.

The SOAR Agriculture, Community & Regional Foods Working group (hereby referred to as the Ag Working Group) is tasked with addressing emerging opportunities in the region to strengthen and support entrepreneurial agriculture, agricultural tourism, and regional and community food systems. The group will also focus on potential ways to align Kentucky’s natural agricultural and ecological assets with national or international food purchasers and distribution chains.

Shaping Our Appalachian Region (SOAR) is an initiative begun in 2013 by Governor Steve Brashear and Congressman Hal Rogers to provide a framework for the people of Southern and Eastern Kentucky, and the others who call Appalachia home, to have a voice in shaping the region’s post-coal future. More than 1,700 Kentucky residents attended a one-day SOAR summit in Pikeville, KY in December 2013.

Following the summit, ten working groups in different sectors were founded as primary public outreach and content development agencies. Daniel Wilson, Wolfe County Extension Agent for Agriculture and Natural Resources, was appointed to head the Ag Working Group. The Ag Working Group held its first meeting on May 1, 2014, and beginning in June 2014, held the first of ten listening sessions in counties and towns throughout the region.

Potential new enterprises that were discussed in listening session meetings include a creating greater emphasis on agri-tourism, a certified Appalachian Beef Product, a wider network of regional farmers markets, and a more substantial agricultural education pipeline in public schools.

Meeting minutes from each listening session and proposed ideas for additional new enterprises can be accessed at: