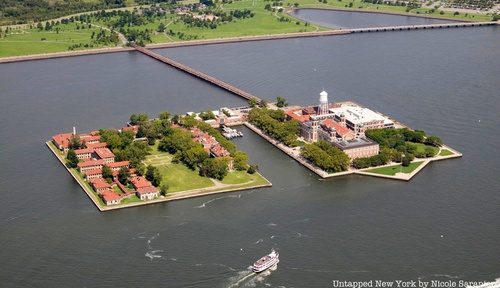 Serving as a port of entry to the New World, Ellis Island is a historical landmark that shaped the diversity and immigration laws in the United States. By welcoming refugees from countries in Eastern Europe to countries in the Middle East, Ellis Island processed the highest volume of migrants in the early 1900s at about 12 million individuals over a 62 year time span. Today this landmark remains standing but has been converted into a museum to showcase the impacts it has made on our immigration system and our country’s diversity today. 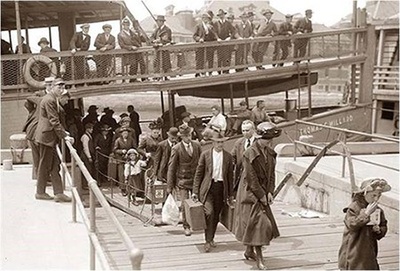 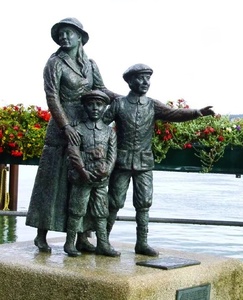 Statue of Anne Moore and her younger brothers in County Cork, Ireland

In the 1800s individual states had the jurisdiction to regulate immigration laws in the United States. This allowed for individual states to process and inspect foreign individuals and deem them fit to immigrate to the United States. During the late 1800s, the largest human mass migration in the history of the world happened. Due to political, financial, and religious oppression in Eastern Europe, many people found refuge in escaping to the New World.

At the time, the largest immigration port was Castle Clinton, formerly known as Castle Garden, that was located at the battery of Manhattan in New York City. Being built for mild immigration processing, it was quickly learned that Castle Garden was not fully equipped to handle the volume of migrants entering. The Federal government at that point had to establish a new port of entry well equipped and staffed to accommodate all foreigners at the rate that they were arriving. Federal officials called for construction of an immigration port on Ellis Island to keep up with immigration processing, while construction was happening all processing was still being held at Castle Garden.

Federally owned, Ellis Island was open for immigration processing on January 1, 1892. Located between New Jersey and New York at the mouth of the Hudson River, Ellis Island welcomed hundreds of migrants daily. Before being granted access to the United States, Ellis Island supplied them with medical and legal inspections after being tagged by their ship’s registry.

The first immigrants to arrive through Ellis Island were teenager Anne Moore and her two younger brothers from Ireland.  Behind them followed a sea of Italians, Poles, Hungarians, Czechs and even non-Europeans in search for refuge from Turkey, Armenia, and other neighboring countries.

Since this immigration station was designed for high volume foot traffic, the inspection process had to be streamlined.  All travelers were divided into 3 different classes. It was assumed that all travelers that could afford a first class ticket on star liners that sailed them to Ellis Island were affluent enough to not cause any strain on the United States economy and likely not infected with diseases as they could afford medical care in their respective countries.  Thus, they were not vetted as thoroughly as the second and third class. When traveling in second or third class, they often arrived from the sublevel of a ship surrounded by rats and bodily fluid from travelers that developed sea sickness. In addition to speeding up processing time, doctors in charge of inspecting new comers became trained to do physicals in 6 seconds. They quickly learned the physical appearance of diseases and if they sighted them, the individuals would be either quarantined or be sent back to their home country.

Contrary to popular belief, Ellis Island was also a workplace for many foreigners that spoke English and the language of those arriving. This allowed for faster processing and inspection at lower costs as they did not have to hire translators.

On June 15, 1897, a fire consumed one of the towers in the facility and the roof collapsed into the main hall destroying all existing records dating back to 1840 which included documents from neighboring immigration offices as well. Ellis Island was closed for reparations and reopened in December of 1900 . Per requested by President Roosevelt, the facility was rebuild as fireproof to eliminate the possibility of destroying future records. 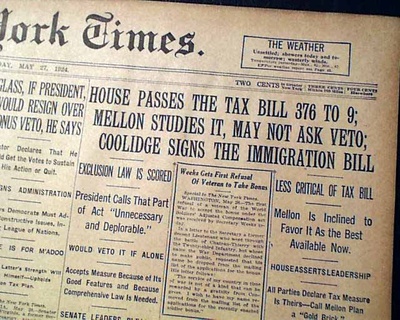 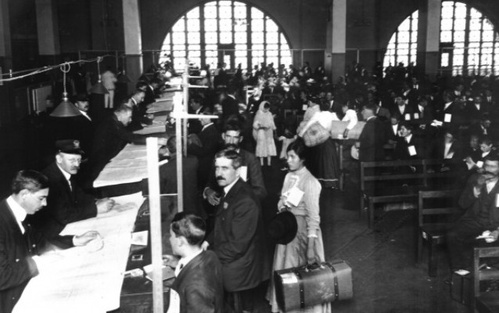 After proving its ability to vet and house many immigrants, Ellis Island endured many factors that encouraged a strong decline in individuals passing through its doors. During the war of 1917, a small section of the island was blocked off to serve as a hospital for the American servicemen that were injured overseas. As a result of the war, the United States became more reserved as to who they were allowing into the country, German travelers raised high alert.

In 1924 President Coolidge signed the Immigration Act of 1924 restricting the United States to accept over a certain amount of immigrants per year. This was a result of many Americans wanting to self-isolate after the war to reduce anxiety and fear of sudden attacks. The quota for immigrants entering the US was 2 percent of the United States residents recorded in the most recent census. Three years later, the 2 percent rule was converted a specific number of 150,000 per year. Those immigrants who were not part of the 150,000 were detained on Ellis Island or deported back home.

By implementing the Immigration Act of 1924 and other similar laws, the need for a high volume immigration station was no longer needed. Ellis Island closed its doors for immigration processing in November of 1954.

Today we use the Citizenship Test that evaluates an individual’s knowledge on states and their capitals, presidents, and even senators. Similar to today’s immigration process, a literacy test had to be passed in order to be granted access to the United States. This ensured that travelers over the age of 16 could read at least 30 words in their own language to be admitted, if failed they would be deported or detained. This literacy test worked as an indicator if the individual would thrive in the country or strain the workforce as they were unable to communicate.

Ellis Island has been converted into a museum and functions as a tourist spot for New York and New Jersey visitors. An ongoing debate of whether Ellis Island belongs to New York or New Jersey was put to rest in 1998 when the United States Supreme Court ruled that it is Ellis Island was in jurisdiction of both states however still is federal property.

In 2001 surviving archives were made public to allow individuals to view pieces of United States history or in many cases their own family history. As this immigration station had processed over 12 million migrants, it has been estimated that 40 percent of current United States citizens can trace their ancestors back to Ellis Island.

Open to the public with a fee, you could visit Ellis Island! 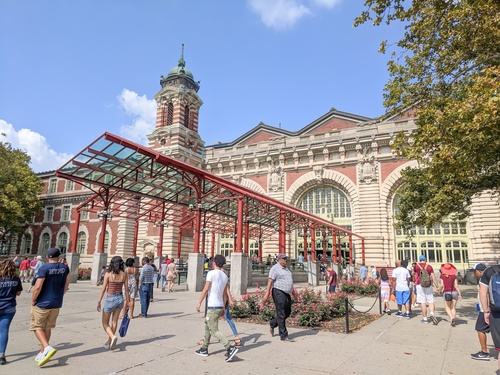