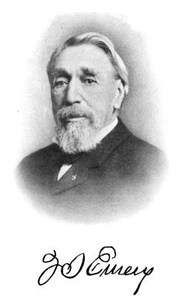 Joseph Stickney Emery (1820 – 1909) for whom the city of Emeryville was named, came to California in 1850 and moved to Oakland in 1858. Emery was an original director and later president of Mountain View Cemetery’s planning commission and one of the original Trustees of the Cemetery.

Probably his most notable achievement was supervising the dredging of the Oakland Estuary, allowing ferries to run to and from San Francisco. This allowed Oakland to become the terminus of the first transcontinental railroad.

Joseph S. Emery is buried in Mountain View Cemetery in Oakland. Ironically, although he worked as a stonecutter, Emery's grave plot has no marker. 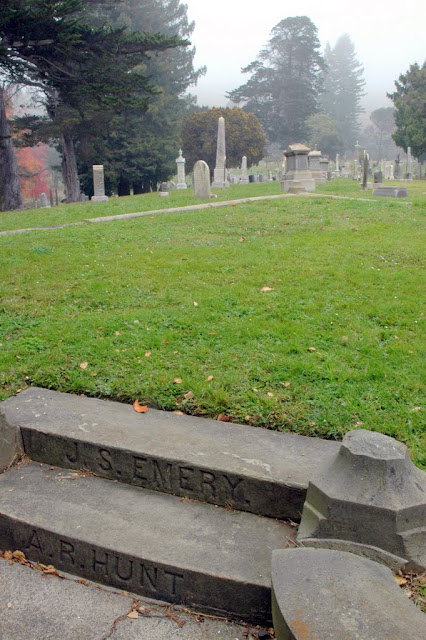