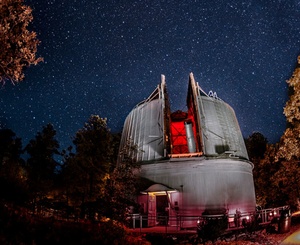 The Lowell Observatory is 125 years old in 2019, and its history runs deep with a multitude of discoveries, progressive light pollution legislation, and ever changing exhibits. The Lowell Observatory is responsible for a few major accomplishments in the astronomy field such as their discovery of Pluto in 1930. The search for Pluto began as a curiosity of what was beyond Neptune, but it wasn’t until after Percival Lowell’s death that the telescope and dome were erected by his brother to carry on the efforts for Planet X’s discovery. The dome that the Pluto telescope is housed in is enormous, with wood paneling that displays the age and grandeur of the observatory.

The Lowell Observatory features more exhibits than ever including the Putnam Collection Center and the Rotunda Museum. The Putnam Collection Center is a step back in time to the discovery days of The Lowell Observatory and Percival Lowell himself. The exhibit includes hand drawn maps, some of the first tools used by Lowell, and the other astronomical oddities he created during his lifetime. 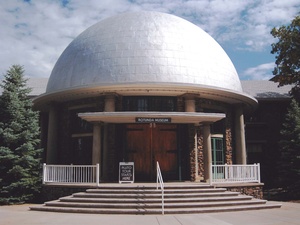 The Rotunda Museum is a visual delight and offers insight into how the dwarf planet was discovered by Clyde Tombaugh. Lowell Observatory contains a considerable number of maps ranging from the moon during the Apollo launches and maps of Mars that influenced how NASA has approached exploring the planet. The museum was built in 1916 and for the longest time it acted as a library where books, journals and findings were kept. In 1970 it was converted to a museum so that the precious hand-written artifacts could be displayed to the public.

The Lowell Observatory was also a major proponent in getting light pollution laws  implemented in Flagstaff. Light pollution is a serious problem in dense cities that causes the sky to seem bright and gray while drowning out details of the night sky. Telescopes are highly sensitive equipment and even the smallest amount of light can affect the results. This is very similar to Tucson and the multiple telescopes that face danger of light pollution from Phoenix. The Lowell Observatory provides tours that explain just why light pollution is a problem and what the population can do to help reduce its harmful effects on astronomy.

The Giovale Open Deck Observatory, is a state of the art expansion to the already existing observatory and brings with it new activities and educational tours. The most significant addition to the observatory was six new telescopes to take full advantage of the dark sky laws. The day features exhibits about spectroscopy and the night focuses on utilizing the new telescopes to explore the cosmos. It was named after John and Ginger Giovale, a couple who put up the initial costs for the newest centerpiece.