The Edison and Ford Estates provides guests with more than 20 acres of historical buildings and gardens. There is even a laboratory and museum to explore! This where Edison and Ford spent their winters with their families. According to the main website their mission is: "To educate the public and inspire an inventive spirit by interpreting and preserving the innovations, legacies, artifacts, gardens, homes, laboratory, and other structures of Thomas Edison and Henry Ford, emphasizing Florida history, science, horticulture, and the arts." This is a fun place to visit for children and adults , as well as families visiting the area. Camps are provided for children in school, scout camps, and they even provide a wide range of adult classes. 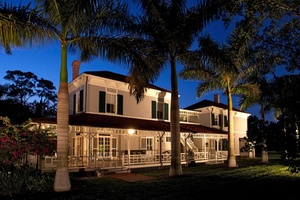 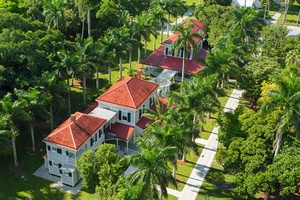 Thomas Edison first came to Fort Myers in 1885. On his first trip to Florida he purchased more than 13 acres along the Caloosahatchee River. He later returned with his wife and the Edison family enjoyed their winter retreats in Fort Myers for the next 6 decades. The Main House originally included a kitchen and dining room, but later, in 1906, remodeled them into family bedroom suites. The newly renovated Guest House already had a kitchen. The Main House consists of a library, study, bedrooms and Edison's den.

The Guest House was originally owned by one of Thomas Edison's business partners and then later on purchased by new owners. In 1906, the Edison family purchased the home and started using it as a guest home. Some recognizable guests who used the home included Henry Ford, Harvey Firestone, and President-elect Herbert Hoover.

Edison's Caretaker's House is one of the oldest buildings in Fort Myers and was purchased by Edison from a cattle baron in 1885.

The swimming pool, built in 1910, was one of the first residential pools. Edison had a concrete cistern built so that large amounts of potable water were able to be provided for domestic use in 1919. 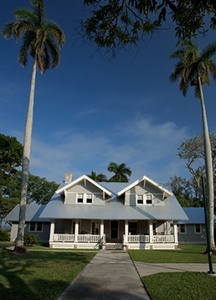 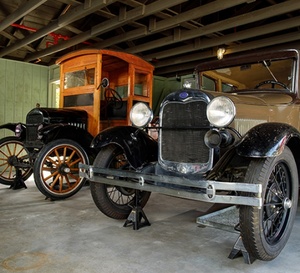 In 1914, Thomas Edison invited the Ford family down to visit. Two years later Fort bought the home right next to the Edison Winter Estate. The Ford's ended up selling their home in 1945 and then was sold by that family to the City in the late 1980s.

Ford also had a caretaker's cottage which was originally a cottage and garage, but is now used for a gift shop for visitors. 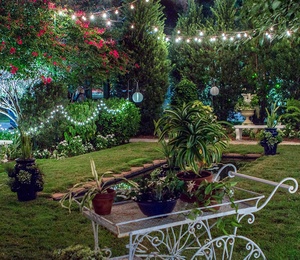 The Edison and Ford estates has an enormous amount of plants. There are more than 1,700 plants representing more than 400 species from six continents. The largest formal garden on site is the Moonlight Garden, originally designed by landscape architect Ellen Biddle Shipman in 1929.