Fremont wineries and vineyards, where did they go?

Few people know about the wineries of East Bay.  We focus on the area of Fremont, CA.

It all began back as far has 1797, while most of the country was being founded by the British on one side of the United States the other side was also growing.  Many Missions of California were growing by the Spanish settlers with their engineering minds along with wine vineyards. 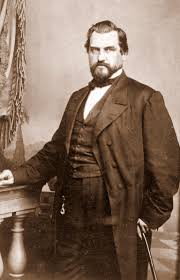 Leland Stanford had many roles he was an inventor, railroad builder and famous for being one of the, Governor of California, United States Senator, and famous founder of Stanford University.  He also had a winery that was built in 1869.  With many of the things he built was the resort for the rich or wealthy in the 1850s called The Warm Springs Hotel.  But he wasn't the wine maker his brother Josiah W. Stanford was.  Josiah was the eldest of 6 children.  He had about 1,000 acres of land to work with so not just wine but grapes, grain, and cattle for beef.  He had about 200 of the acre to produce wine and called it Stanford Winery Warm Springs. 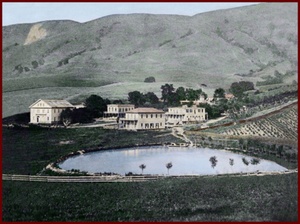 "A local editor wrote in 1910 that "all the beauty and wealth of the state were at one time or another guests of the place. One of the finest hotels in the country is located here with a cafŽ in connection." - "History-Hidden Valley."   Tri-City Voice Newspaper April 24, 2012 ; Page 1 http://www.tricityvoice.com/articlefiledisplay.php?issue=2012-04-24&file=Hidden+Valley+++TCV.txt 3/14/2014

Then there was also...

This winery was purchase by two owners back in 1797 E.L. Beard and John Horner both American settlers.  Then they sold to Juan Gallegos of Costa Rica and he changed it to Palmdale Co. they produced about 2,400 gallons of wine, but the Great Earthquake of San Francisco all the vineyards were destroyed. The ruins can be seen at the intersection of Washington Blvd and Osgood.

What would each winery or vineyard could taste like? we won't know. Are they lost? no, there will always be the story to tell.