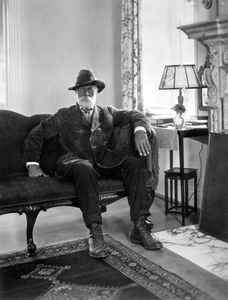 The person that Hugh Taylor Birch State Park is named after.