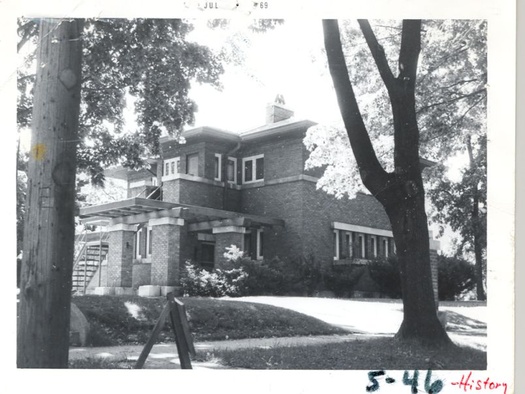 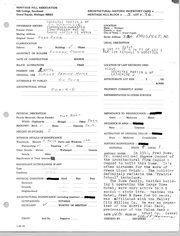 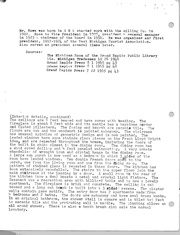 226 Prospect Avenue NE is located in Heritage Hill. It was built in 1910. It's architectural significance is EXCELLENT. Past owners include Fred Rowe.

This fine example of Prairie Style Architecture was built by Fred Rowe for his wife and daughter. In 1910 commissioned Eugene Osgood, a local architect and prot�g� of Frank Lloyd Wright, to build this home. The design was an adaptation of an actual Frank Lloyd Wright project entitled "A Fire Proof House for $5,000." The Rowe house incorporates horizontal lines, wide overhanging eaves, ribbon casement windows, strong belt courses ofstone that all contribute to the earth grounded quality of a Prairie Style home. The Rowe family was quite active in Grand Rapids business scene. Fred Rowe built and operated the "Rowe Hotel" now the "Olds Manor". He was affiliated with the Rowe family business, Valley City Milling Company and was a founder of the Morris Plan Bank a forerunner of Union Bank. He also organized the West Michigan Tourist Association and served as its first president from 1917-24. In addition, Mrs. Rowe traveled this countrywith Senator Arthur Vandenburg promoting Liberty Bonds. The present owners are Victor and Mary Krawczyk who have recently restored this home. In 1955 the house was converted to four apartments. Window area were converted to doorways, the natural woodwork was painted over, stairs were added, and banisters were removed. Today, thanks to the efforts of the Krawcyk's, you see the house restored close to its original form. The family welcomes you to their home. This house is often mistaken as a Frank Lloyd Wrightand was actually built in 1910 by the local architectural firm of Osgood and Osgood. Eugene Osgood studied under Wright and you can see the house reflects the Prairie School technique. As you enter you will note the beautiful oak door, the copper light fixture and the quarry tile floor. The orange, white and gray print is authentic Frank Lloyd Wright. The prairie style of architecture originated in Chicago. It took into consideration the rolling terrain of the Midwest and emphasized the horizontal so thePrairie style houses appear to become an integral part of their environment.