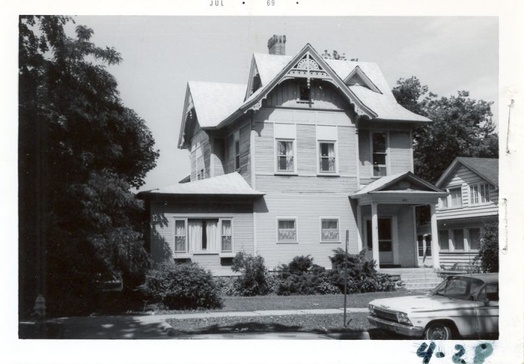 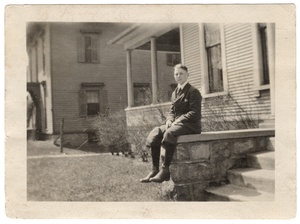 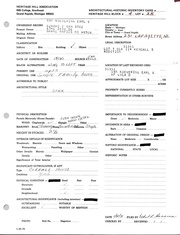 231 Lafayette Avenue NE is located in Heritage Hill. It was built in 1890.

It is believed that William H. Anderson, president of 4th National Bank Grand Rapids at the Clock Tower, may have had this house built for him and his wife in 1890.  William H. Anderson and wife, sold this house to John Edward Powers and wife Anna Frances (Kelley) Powers in 1909 for $9,000. John Edward Powers, a nephew of William Thompson Powers (Grand Rapids mayor 1857), worked in his uncle Ebenezer Kendall Powers and father Jonathan Powers candy factory; E.K. Powers Confectionery on Monroe located at the Morton House (1870s). John and Anna Powers family raised their family of nine in the house during the school year. The Powers and Kelley families were founding members of St. Andrews Catholic Church (1850) and Cathedral (1872)

The cellar stairs are ramped to handle the transportation of barrels and wheeled carts. Located in the far east wall of the cellar is what appears to be a gated "safe"-area, located near the front porch. John Powers, although half-Irish and not a drinker, was known to be a runner to Kalamazoo and Lansing during Prohibition.

This house was built in 1883. Note the pierced gable ornament.