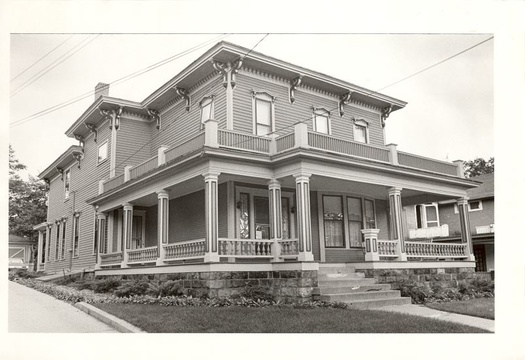 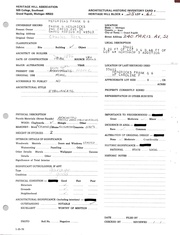 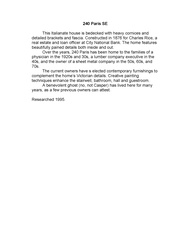 240 Paris Avenue SE is located in Heritage Hill. It was built in 1876. It's architectural significance is NOTABLE. Past owners include Charles Rice.

Constructed in 1876, this house was first the residence of Charles Rice, a real estate and loan officer at City National Bank. From 1876 to 1889 the house was owned by Mr. Rice's niece Sophia Burnham. During the next several years the ownership passed to several local businessmen. The house was constructed following the Italianate style of architecture. The heavy cornice with beautifully detailed brackets and fascia, asymmetrical fa�ade, with ornamental hood moldsover windows at the 2nd level & on side elevations, and square lines of the house with flattened roofline are features of this style. Several early changes were made in the exterior including the addition of the large porch and front bow window. The veranda and upper balustrade have been restored by the current owners Mr. & Mrs. Galante. Over 200 spindles were custom made following the original design to authenticate the restoration. A rear porch was also reconstructed matching the Italianate design. Throughthe years this large house has never been divided into apartments, a fact much appreciated by the current owners. Mr. & Mrs. Galante have spent the past four years restoring and renovating their home to accommodate the needs of their family.