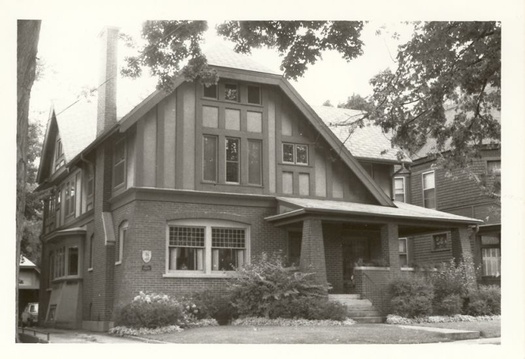 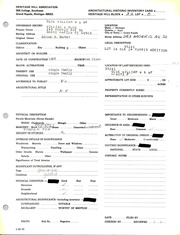 243 Morris Avenue SE is located in Heritage Hill. It was built in 1908. Past owners include Barber, Addison andEmma.

Home Tour write-up: This Craftsman style home was constructed in 1908 by Addison and Emma Barber. Mr. Barber ownedthe Grand Rapids Bookcase and Chair Company which was an Arts and Crafts furniture manufacturer in Grand Rapids. The Arts and Crafts movement started in England in the 1890's. It was a socialist movement that separated itself from the opulent Victorian times. In England it was a lifestyle commitment - a return to simple, hand-made, quality craftsmanship. Some American Arts and Craft communities include the Roycrafters in New York, the Bevon Community in Kentucky and the Hull House in Chicago. In the U.S., theArts and Craft movement is remembered as a style of architecture and furniture. The furniture is solid oak, clean lined and popularly known as Mission furniture. Although the furniture as machine made, a hand crafted look was achieved in the joinery and finishing. Several Grand Rapids companies were prominent in Arts and Crafts furniture. Two of the most famous were Limbert and Stickley Brothers. The Arts and Crafts furniture lost its popularity in the late 1910's but much of the furniture survived due toits sturdy construction. It was stored in attics, basements and cottages. The furniture regained popularity in the 1970's when big names began capturing the market, Barbra Striesand, Tom Monoghan, and Steven Spielberg. The current owners have several original pieces from Barber's "Lifetime Furniture" line. (started, not finish by Minnie Jones)