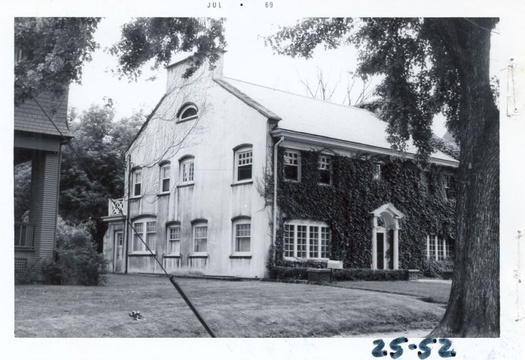 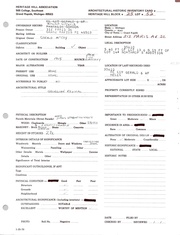 312 Paris Avenue SE is located in Heritage Hill. It was built in 1915. It's architectural significance is WORTHY OF MENTION. Past owners include Gerald McCoy.

Built in 1915, this Georgian Revival-style home boasts a natural stucco exteriorwith brick window sills. The structure exhibits the characteristic symmetry central pedimented entry, decorated cornice and multi-paned windows common t the Georgian revival style. The front door is carved oak, and mahogany graces the interior living space. Observing the home from the street, one would get the impression it has only two stories when, in fact there are three levels. The third floor is surprisingly large, and was originally used to house servants. The original owner, Gerald McCoy, owned theMutual Veneer Company of Grand Rapids from the 1920s until his retirement in 1967. He was also director of the Imperial Furniture Company from 1908 to 1956 and served as its president from 1954 to 1956. Over the years, the house experienced relatively few alterations, and those that have occurred were performed with sensitivity to the original design which, unlike homes of the Victoria era, features a fluid, open plan.