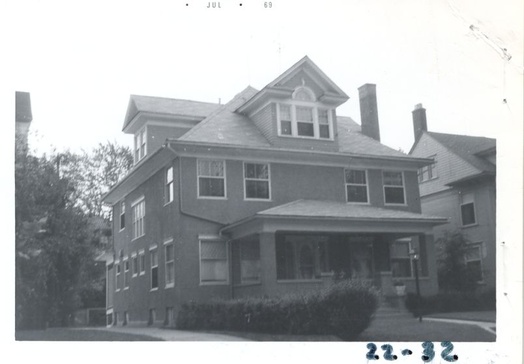 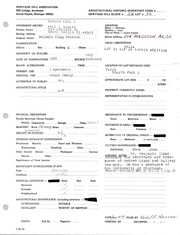 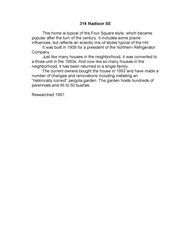 Home Tour write-up 1997: This home is typical of the Four Square style which became popular after the turn of the century. It includes some prairie influences but reflects the eclecticmix of styles typical of the Hill. It was built in 1909 for a President of the Northern Refrigerator Company but was sold two years later to Benjamin Robinson who was secretary and Treasurer of the United Light Railway Company. Mr. Robinson lived here through 1926. Just like so many other houses in the neighborhood, the house was converted to a 3-unit in the 1950's. And now like so many houses in the neighborhood, it has been returned to a single family. Barb and Jim O'Connor bought the house in 1993 andhave made a number of changes and renovations including the kitchen, the fabulous gardens, changes to the garage, back porch and most recently the refinished oak staircase.