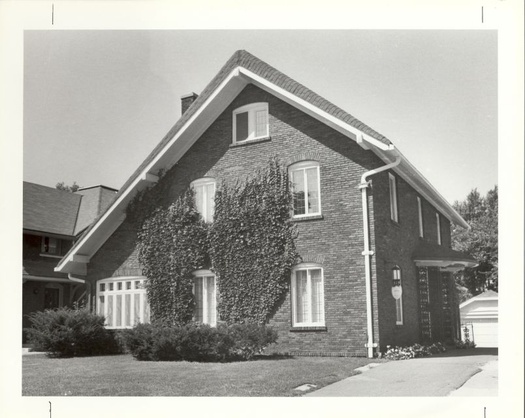 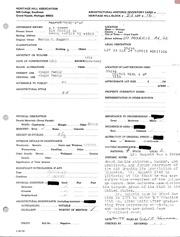 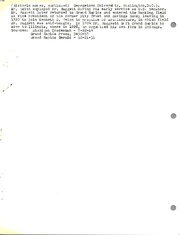 319 Morris Avenue SE is located in Heritage Hill. It was built in 1913. It's architectural significance is WORTHY OF MENTION. Past owners include Huggett, Martin, Wylie, Mr. And Mrs. Donald.

1979 Home Tour write-up: The sweeping roof lines and pointed gables of the English thatched cottage are emphasized in this American adaptation, with the rolled edge on the eaves. Built in 1913 by Martin C. Huggett, the substantial feeling which this style imparts was highly desirable in the post Victorian era when smaller residences were favored due to the difficulty of maintaining a large domestic staff. Mr. Huggett, anattorney, banker, and self-taught architect was a graduate of the University of Michigan and Columbia Law School, now Georgetown University. He came to Grand Rapids in 1901 to enter law practice with William Alden Smith, who was serving in the United States House of Representatives. First nominated in 1894, Smith was elected and re-elected six times to the House. In 1907, Smith was chosen by the Michigan Legislature to succeed in the United States Senate for a full term. When Smith went to Washington as aSenator, Mr. Huggett accompanied him. When Mr. Huggett returned to Grand Rapids, he entered the banking community as a Vice President at the former City Trust and Savings Bank. In 1920, he apparently set out to broaden his horizons when he left the bank to john Kenneth Welch in the practice of architecture. Four years later, Mr. Huggett left Grand Rapids for Chicago where he organized his own architectural firm. Mr. And Mrs. Donald Wylie purchased their home in 1977 and are responsible for restoring it toits present impeccable condition. When the Wylies acquired the house it had been sadly mistreated and neglected for many years. The condition of the interior was deplorable. Almost all of the walls and ceiling had to be replaced or repaired, all of the woodwork had to be stripped of numerous coats of paint and many of the floors required refinishing. A new heating system had to be installed because the perimeter rooms were un-heated. Of interest is the fact that this home was the first one in the country tohave an asphalt shingle roof. It was featured in a national advertising campaign by the Reynolds Roofing Company.