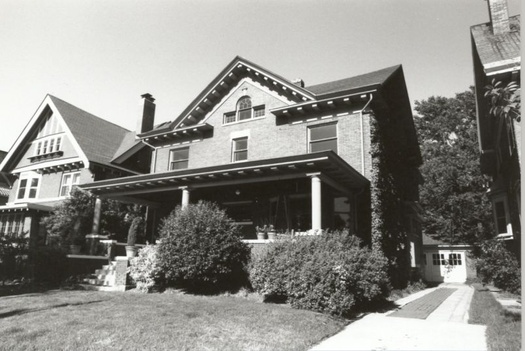 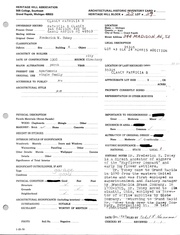 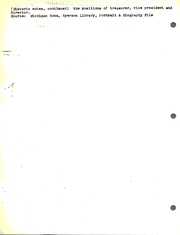 344 Madison Avenue SE is located in Heritage Hill. It was built in 1909. Past owners include Tobey, Frederick, King, Frank and Florence, Clancy, Patricia.

Home Tour write up 1994: This house was built in 1909 in the Morris Addition, a subdivision of land which belonged to the "Morris Manor" on Cherry Street. The Manor's land was subdivided about the turn of the century. It is an early expression of the Georgian Revival style with somewhat exaggerated classical detailing. The full width porch is supported by classical columns. It has a central doorway with sidelights and symmetrically placed windows. The Palladianwindows in the gables are immediately identified with the Georgian style. Living Room: Note the Inglenook area around the fireplace with bench on either side. Note the stained glass window to the right has a Frank Lloyd Wright influence. All the stained glass windows in the house had been removed in the sixties for fear of them being destroyed. At a later estate sale, there were nearly sold but a neighbor intervened and saved them. Source: City Assessment Records FLIW-inspired windows