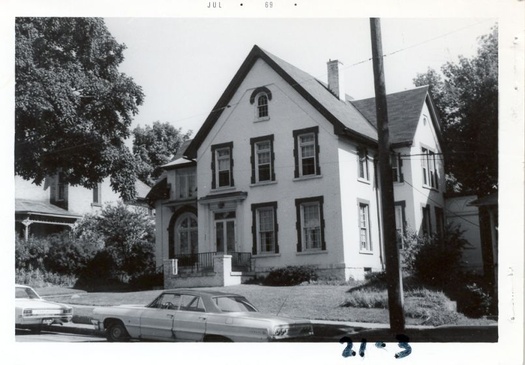 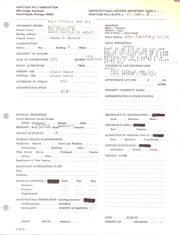 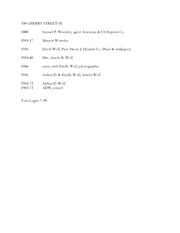 Home Tour write-up 1999: This home was built in 1974 as a single family residence and is one of the few area houses to remain a single family throughout its history. City records do not give the name of the builder, but state that he was a cousin of Wild Bill Cody. There was thought that several rooms were added to the house but early 1890 pictures show the house in its present shape. The originalwas originally unpainted brick with shutters and window boxes. Between 1936 and 1969 the masonry was re-pointed in a rough "cottage" style, the brickwork painted and the shutters and window boxes removed. The beautiful old copper gutters and downspouts were severely damaged beyond repair in an ice storm and the new gutters are historic replicas manufactured in Kalamazoo. Also notable is the masonry detailing around the windows and the beautiful tiles around the Palladian window in the front of the house. Thelarge, three-car carriage house is heated and original to the house. The quaint English Cottage style appearance of this home belies the roominess of its 3400 square feet of living space. The warmth of each room comes as much from design as of decoration by the current owners. Original features like the decorative trim work and lighting on the main floor to the nickel-plated hardware of the second floor seem only to need a family to fulfill its cozy feeling.