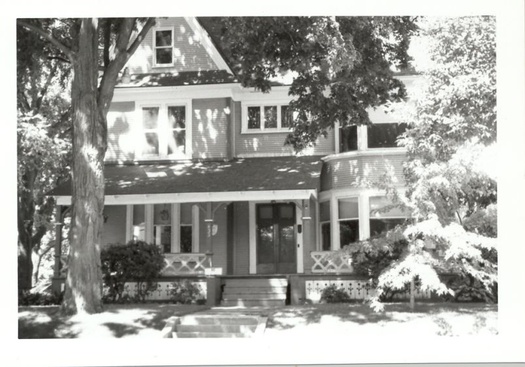 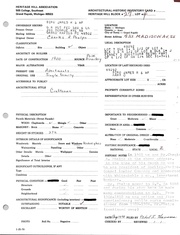 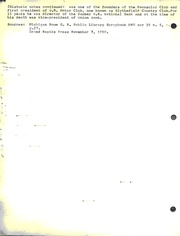 This Queen Anne styled home was built circa 1879 for George and Emma Peirce. Mr. Peirce was the son of the Grand Rapids mayor, Peter Peirce and he worked in the financial aspect of a variety of businesses- -railroads, furniture and banks.   The house is believed originally to have been a Victorian Gothic design, with steeply pitched roof sloping up to a flat roof.  The front porch retains its original brackets typical of the style.  The house was then purchased around 1910 by Charles Phelps, a lumber magnate with the Hackley-Phelps-Bonnell Company, which had significant timber holdings in Wisconsin.  During Mr. Phelp's tenure the house appears to have undergone a major renovation and addition.  A large cherry trimmed library with bow window spanning the entire library was added, along with the master bedroom above it trimmed in bird's eye maple.  Original exterior trim profiles were scrupulously matched to blend the addition seamlessly into the structure.  At the same time, much of the rest of the house was also revised.  Trim in public areas was replaced with a flatter, Craftsman style in quartersawn oak. Most doors were also replaced, and quartersawn oak wainscoting was added throughout most of the first floor.  It is believed that the staircase was also moved during this renovation, and revised to an open design which sweeps up three full stories. The original 1879 high Victorian double parlor with plaster crown moldings and detailed ceiling medallions, however, was left intact., and today the house provides a unique blend of early architectural styles.  As with many, many houses in Heritage Hill, the home was divided into apartments in the 1940's to accommodate the high demand for housing following WW2. It was later converted back to a single family residence, and then served as a bed and breakfast for many years.  Today, it is again a single family residence.