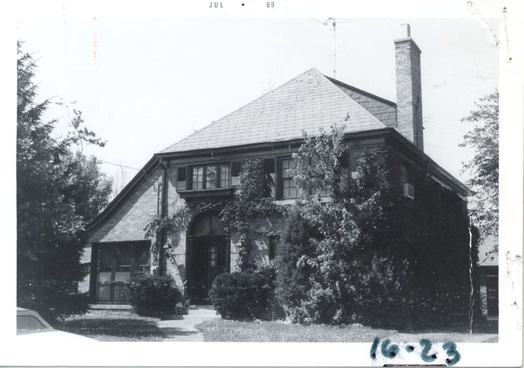 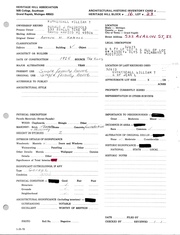 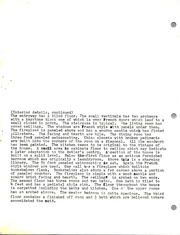 Home Tour write-up 1978: This home, built in 1925 by Arthur and Irene Konkle, is typical of the "Modern" homes of that period. People had tired of the rambling Victorian mansions, families were smaller and large staffs of servants were as common as they had been. In fact, this entire street represents the mood of the era when prosperous businessmen, disenchanted with the opulent extravagance of the Victorian architecture, turned to a morerestrained, conservative design for their homes. But they did not sacrifice individuality. This home evidences all the charm of an English cottage with its small, arched, recessed portico which is graced by a delicate classis carving, supported by two Ionic columns. It is believed that Avalon Terrace, the street itself, was once a part of a farm which included the property on which the Oakwood Manor Apartment building now stands and ran north to the Quimby Estate. We are told that a white farmhouse stood on thesite of the present-day apartment complex. Arthur Konkle was Vice President of the Howard A. Shead Lumber Company, well known and respected in the lumber brokerage business. Mrs. Konkle was the former Irene VanDeven. When they built their very contemporary home on Avalon Terrace, it was one of the first homes in Grand Rapids to be heated with fuel oil and the furnace had an automatic or "clock-type" thermostat which shut down at night. Could it be that energy conservation was a motivating factor even in the1920's? In 1963 Mrs. Konkle sold the home to William T. Kuykendall who was associated with Eberts Cadillac. Betty Jane Alkema was the third owner of this house. An interesting feature of this house is that a part of it is built on a split level. On the ground floor is a delightful barroom, originally the laundry room, above which is a charming library which features 5 1/2 foot ash wainscoting. French doors and windows predominate through the house. In the dining room, the built-in china closets with theirbroken pediments are original. Everywhere you look, there is something to delight the eye, whether it�s the coved ceiling in the living room or the arched ceiling in the library. In addition to the architectural delights, visitors will enjoy viewing many of Mrs. Alema's fine antiques which include an 1860 Grandfather clock which came from the Water's estate. The doll collection was begun when Mrs. Alkema was a child.