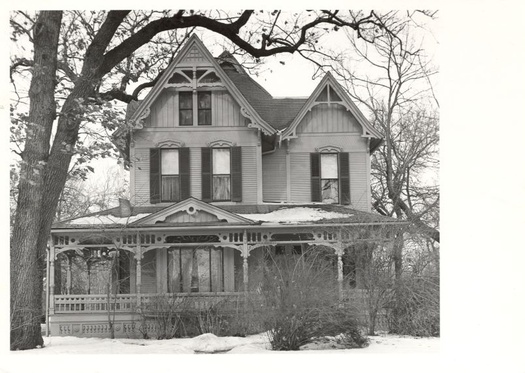 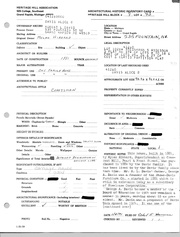 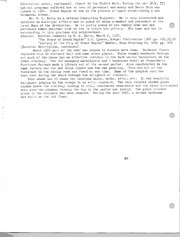 535 Fountain Street NE is located in Heritage Hill. It was built in 1881. It's architectural significance is EXCELLENT. Past owners include Hibbard, Mylan.

HISTORY: Mylan Hibbard, a superintendent at the Crescent Mill at Pearl and Front Streets, had this house built in 1881. In 1886, it was purchased by George and Alice Davis. George and Alice both came originally from Springfield, Vermont. At the time they were married in 1882. George and his brother had a ship-provisioning business in Gloucester, Mass. Alice did not like the climate of Gloucester, and she andGeorge traveled to the mid-west, searching for a new business to buy. They had a contact here in Grand Rapids and heard that the furniture company bought Mr. Haight's share of the business, and the first Board meeting of Stow-Davis was held in this house. George Davis ultimately bought out Mr. Stow and became the sole owner. Upon purchasing the home, which they admired for its location and lot size, the Davises hired the architects, Osgood and Hopkins, to remodel the exterior. During the remodeling, Georgeand Alice lived in a boarding house on Ionia, but came up to what they called "the farm" and ploughed a big garden in the backyard from which they were able to supply the boarding house with fresh vegetables during that first summer of ownership. In 1886, Fountain Street was a dirt road. It wasn't until 1894 that it was paved with cedar block. Alice remarked on what a noise the wagons made when the street was frozen. The cedar blocks for paving were dumped along the street and the children used them forbuilding block until the workers came, several days later, to lay them. In 1892, an electric light tower was built on the corner of Fountain and Grand, January 23rd. On June 17th, it was struck by lightning. Electricity was not to be trusted at first, as you can see by some of the light fixtures in the house which are a combination of gas and electricity. In 1893, new houses were built at 232 Fountain by Charles Berkey and at 292 by Paul Steketee. Down the street lived William Widdicomb and across thestreet, Mr. And Mrs. George Bundy. On October 6, 1896, telephone wires went up on Fountain Street. Mr. Davis was president of Stow and Davis for nearly forty years. He was also on the Grand Rapids School Board for thirty-one years. Davis Tech, operated from 1924-1944, was named after him. ARCHITECTURAL FEATURES: The house has been termed a modest vernacular "farm house" structure and a carpenter Gothic Cottage. During the initial remodeling, the roof line was raised (the original roof line can be seen in theattic) and a piazza, as well as other Carpenter Gothic Eastlake features were added. These included the hefty three-dimensional fret-works (sometimes called bric-a-brac) in the steeply pitched gables and an ornate porte-cochere (which no longer exists; it disappeared when the horse and buggy gave way to the automobile). All of the turnings used in this remodeling were made at the Stow and Davis furniture factory. The stained glass windows were installed at this time and were purchased from the Wells Co. ofChicago. In 1898, some additional changes took place, both inside and out. The piazza was enlarged to the right of the front door and the entry hall and the bedroom above it were increased in size. The oak paneling and ceiling beams in the dining room were added. The mahogany book cases and mantelpiece in the library were crafted at Stow and Davis. OTHER HIGHLIGHTS: This house has remained in the Davis family for these 102 years and many things through out the house tell the story of their life here. Thehouse now serves as an excellent example of "adaptive use" - a museum-quality restoration for use as a law office for Henry Davis and his daughter Carolyn Dellenbusch, the third and fourth generations of Davises to occupy the house.