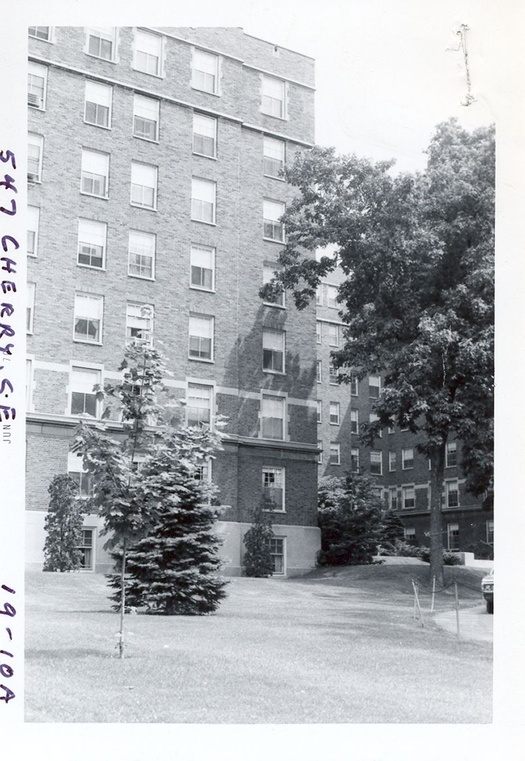 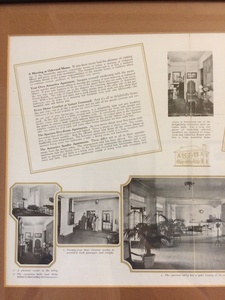 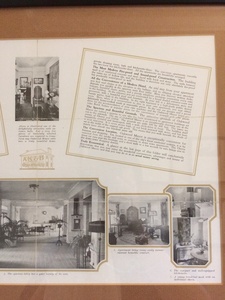 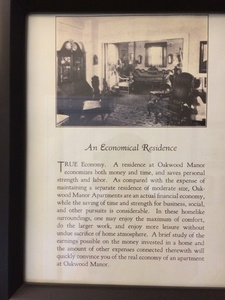 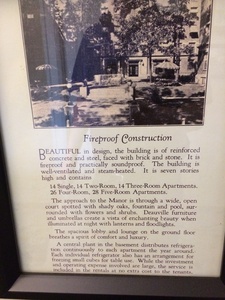 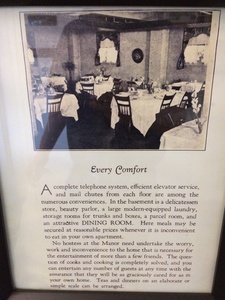 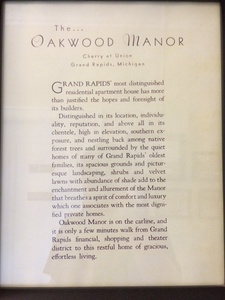 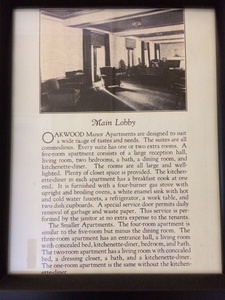 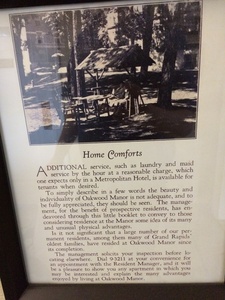 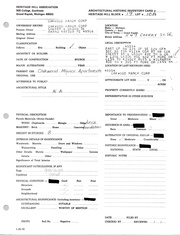 Home Tour write-up: The Oakwood Manor was built in the site of the Ledyard and Pantlind mansions. A picture of that home is in the entry of the Oakwood. This building was builtand opened in 1923. It is considered to be the "Grand Old Lady" of Grand Rapids apartments and is the oldest of the large apartment building. Construction is of all brick and concrete. Even the sub-floors, below the hardwood are of concrete. It was considered to be the best rental address in the city because of the services offered to the residents including a uniformed doorman, two uniformed elevator operators and porters to carry packages for residents. In the '20's when people went shopping theirpurchases were delivered by the store. Also groceries and laundry were delivered. All of these items were received by the porters and delivered to the apartments. Other amenities included a barber shop, beauty shop, grocery and deli, cigar shop and newsstand. Many of the 14 efficiency units housed servants of residents in larger apartments. They consisted of 1 room with a Murphy Bed (in wall, pulls down) closet and bath with no kitchens. The 15 studios, slightly larger than the efficiency units have a smallkitchen and the one bedroom apartments were usually occupied by single people who were employed downtown. The 55 two0bedroom units were occupied by couples and retirees. There have never been many children in the building. A Dining room on the lower level was open to the public but was used primarily be residents. Maids, who lived in the basement, took care of the public areas and could be hired by residents to clean their apartments at 40 cents an hour. To show the impact of the great depression - assessed valueof the building went from $450,000 in 1928 to $231,000 in 1936, then began to slowly climb again. The operation had a $76,000 profit in 1929 and dropped to a $3,400 loss in 1933. Rents in 1928-29 ranged from $30 to $150. In 1935-36, they were $16 to $85. In 1928 the occupancy was almost !00%. In 1933, it was 40%. Members of many of Grand Rapids fine old families lived here such as the Bakers and the Widdicombs. In addition, performers from the stock companies at the Powers and Keith theaters keptapartments here in the 20's and 30's. The best know of these was Spencer Tracy.