The Blue Bridge is one of the bridges over the Grand River. It originated as a Railroad Bridge. The old right of way is still visible and passes under US 131 and is extends through walkways into the courtyard of the GVSU Devos Center. The Blue Bridge informed an art work by Kevin Hamilton in 2002. The project Blue Bridge: Television as a Light Source was installed just south of the bridge in windows in the GVSU Eberhard Center and the Plaza Towers. 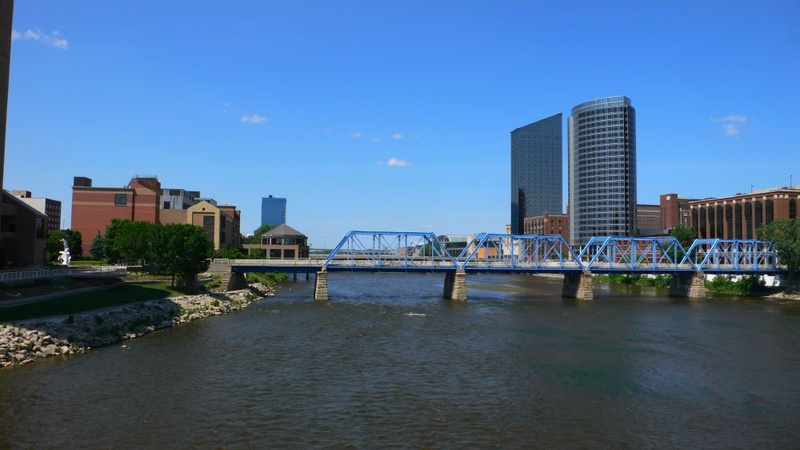 Views from the Blue Bridge 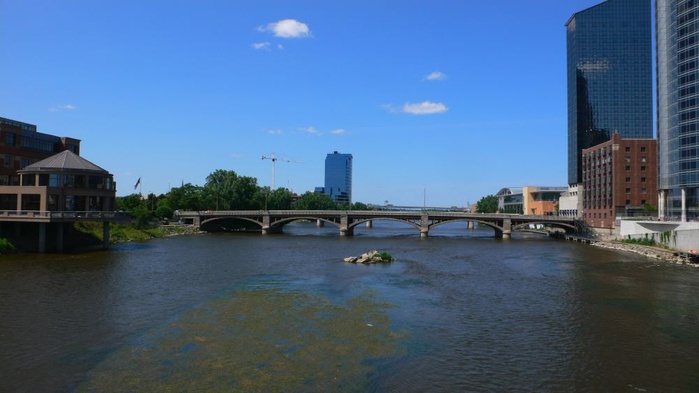 View to the North from the Blue Pedestrian Bridge. The full span of the Pearl Street Bridge is visible. The Public Museum of Grand Rapids is on the left. The Amway Grand Plaza is the tall building on the right. 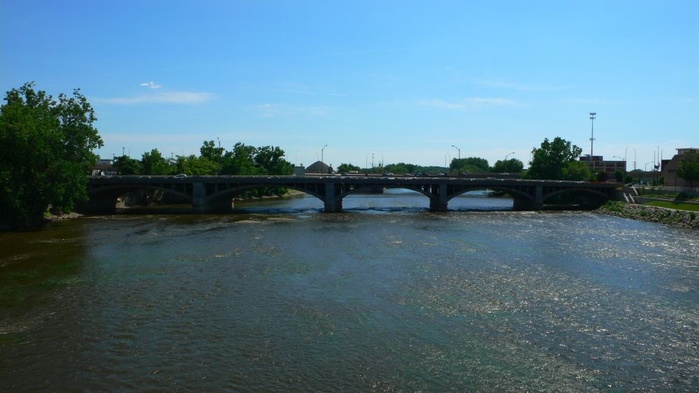 View to the South from the Blue Pedestrian Bridge. The Fulton Street Bridge is in view.

The river froze over this late January (2008). It was a particularly beautiful time for the river. 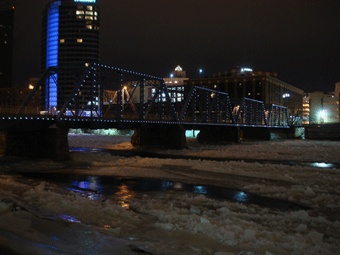 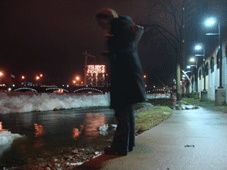 This is under the bridge (but you're not actually supposed to go down there).