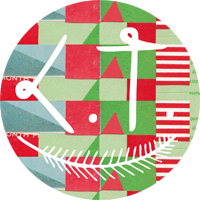 Cabin-Time Art Camp is a roaming creative residency to remote places.  Cabin-Time invites artists, designers, photographers, writers, musicians, craftspeople, scientists, cartographers, bird-watchers, wood-workers, planners, organizers, schemers and dreamers to join in cooperative intentional isolation, to make site-specific work based on location and theme. Conscientious environmental stewardship is a core principle of Cabin-Time, through making work and maintaining camp. Following each week-long residency is an exhibition, where work made during and following the residency is shown and documented. A trip specific Field Guide is published, compiling and archiving the work made during each expedition.

The experience at Cabin-Time is a cooperative environment.  Creatives are expected to find transportation to Grand Rapids, Michigan. The residency fee covers transportation from Grand Rapids to the site, co-op vegetarian meals, cabin rental costs (when necessary), and on-site supply needs. We work as a community to set up camp, share chores, cook group meals, and help each other with our ideas. The exact number of creatives invited to each roaming residency varies by location and degree of isolation. Each residency is a separate, international call, and is open to anyone.

Cabin-Time was founded in December 2011 by Geoffrey Holstad. Cabin-Time is currently facilitated and maintained by a crew of four people: