The Friends of Grand Rapids Parks is an independent, citizen led, nonprofit enterprise founded in 2008, working closely with but separate from the City, with the mission to identify specific park projects, mobilize people, and generate resources to protect, enhance, and expand the City's parks and public spaces. In a nutshell, the Friends make park improvement projects happen by bringing together neighbors, park users, the City, funders, volunteers and contractors. The Friends believe that vibrant parks and public spaces are essential to support the community’s economic competitiveness, environmental health and cultural well-being. They understand that a healthy park system is a long-term commitment.

Parks Alive is a joint venture of the City of Grand Rapids and Friends of Grand Rapids Parks to address improving volunteer and neighborhood engagement and to provide more direct opportunities for private sponsorship of park improvements. Citizens can group around specific parks and form Parks Alive Leader (PAL) groups. These PAL committees can work directly with FGRP and the City to develop sponsorships and work to improve their local parks. 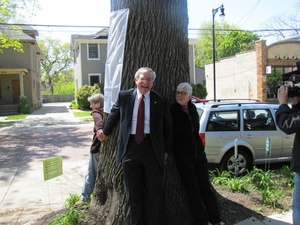