South Field is a significant site in the history and current status of Grand Rapids. Inquiry into the site and its varied forms and public uses through time provides material substance for some larger questions about the city. It was an athletic field in Burton Heights at Cottage Grove and Madison with central Geographic Coordinates at: 42.935045° N, 85.660508° WLatitude: 42°56′6.162″N
Longitude: 85°39′37.829″W. It was the home field of South High School which is nearby at Jefferson and Hall streets. South High School was closed in the early 70's as part of the city's response to the challenges of desegregating its schools.

The South Field site appears to be used as part of a flood control system. The field is formed into an elongated bowl form. It is landscaped and maintained. However, it is fenced in and kept locked. It is a curious site to see public land fenced from the public. Why can't the space serve its utility function and be open green space for citizens?

Perfect Spot for a Velodrome

This space would be a perfect spot for a velodrome. The land is already shaped to accommodate most of the structure. (maybe due to the fact that it was a stadium for football or maybe as part of it's current use as an overflow for water accumulation). The east end could be used for one straight side. The two curved turn sides are already in place too with the banks. The only side that needs to be added is the other straight. 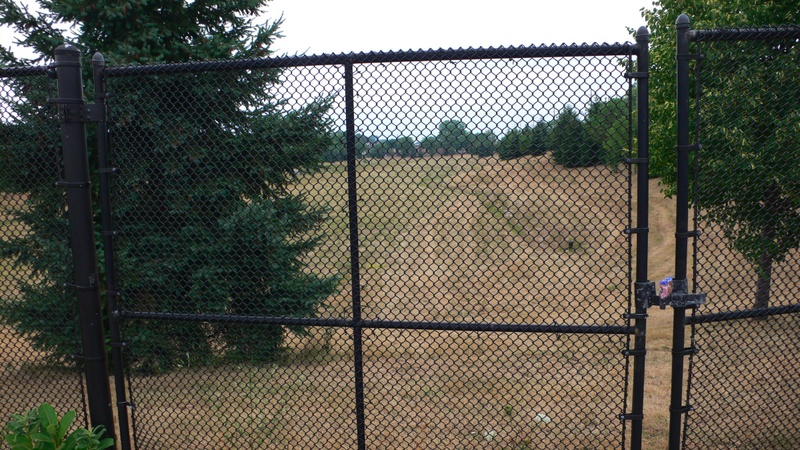 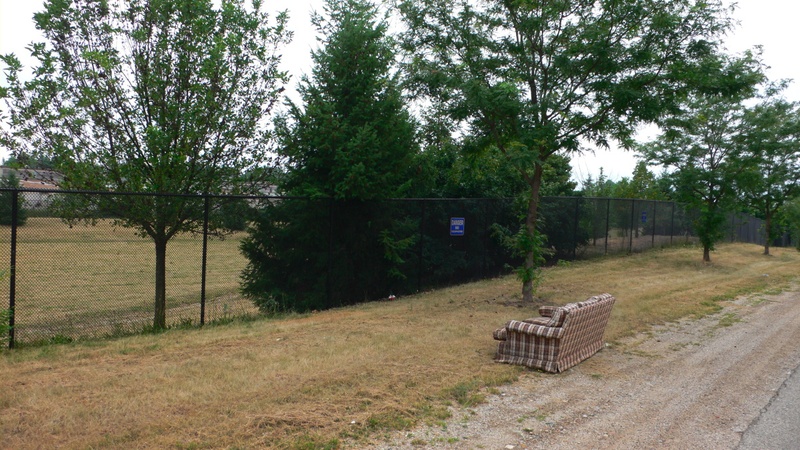 South Field with Couch seating. View from along Cottage Grove