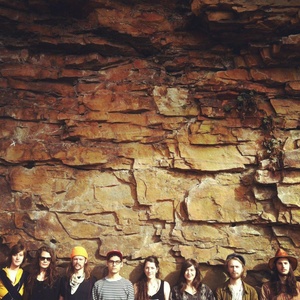 The Soil & The Sun

The Soil and the Sun started at Olivet Nazarene College in Bourbonnais, IL. Several members moved from Illinois to Grand Rapids following the opening of Madcap Coffee (which also relocated from Bourbonnais) in 2008.

The band has released two studio albums and several EPs:

Alex and Ashley McGrath also perform as a duo called Just Married. Just Married features several stripped-down versions of The Soil and the Sun songs alongside originals and traditionals.