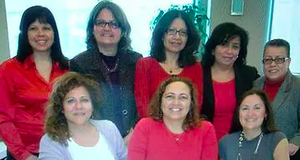 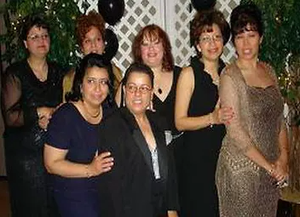 Corazones Unidos Siempre (Spanish for "Hearts United Always") Chi Upsilon Sigma National Latin Sorority, Inc. is an organization that was founded on April 29, 1980 on the campus of Rutgers University - New Brunswick in New Brunswick, New Jersey and by seven Latina women by the names of:

In a time when it was rare to see women in higher education, especially minority women, these seven women gathered to found the organization with the intention to "Educate, Elevate and Empower all women" as well as promote their motto, "Wisdom Through Education" (Source: https://www.justbecus.org/about-us/history/). Woman empowerment is shown through the organization's celebration of independence as Chi Upsilon Sigma National Latin Sorority, Inc. was the first independent Latin sorority, meaning that they were the first Latin sorority to be established without the help of any brotherhoods/fraternities. The organization, although Latin founded, is not Latin exclusive with sisters ranging from multiple backgrounds, ethnicities and races who are all united under the common values of Leadership, Sisterhood, Service and Character (Source: https://www.justbecus.org/about-us/mission-purpose-values/) as well as the passion for the organization's national philanthropy known as the I Have A Dream Foundation. 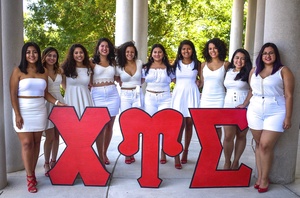 As the organization grew in members, interest from non-members in multiple areas outside of New Jersey caused the expansion of the organization in multiple states with the Beta Beta Chapter being Chi Upsilon Sigma's expansion to the University of North Carolina at Greensboro where the chapter was founded on November 29, 2008. The chapter's history expands from Alpha line up until their current Lambda line and consists of members by the names of:

The Beta Beta Chapter follows the Mission, Purpose, and Values set forth for all members of Corazones Unidos Siempre Chi Upsilon Sigma National Latin Sorority, Inc and because of this has received local and national recognition such as:

As the Beta Beta Chapter of Corazones Unidos Siempre Chi Upsilon Sigma National Latin Sorority, Inc. resides in UNCG, the organization's expansions also gave birth to multiple other chapters in the states of North and South Carolina as well as Florida to make up the Southeast region of chapters known as "Region 4" and it consists of: