After the death of Nipsey Hussle in late March 2019, Greensboro artist Brian Lewis aka JEKS painted a mural in the late rappers honor.

The mural is located on 1401 E. Bessemer Ave. in Greensboro, NC on the side of Sensuous Scents boutique. It was completed on April 13, 2019. The location of the mural gives residents of the community a reminder of the late rapper and his impact on black communities. The mural shows the late Nipsey with a halo-like figure around him along with him performing on stage. 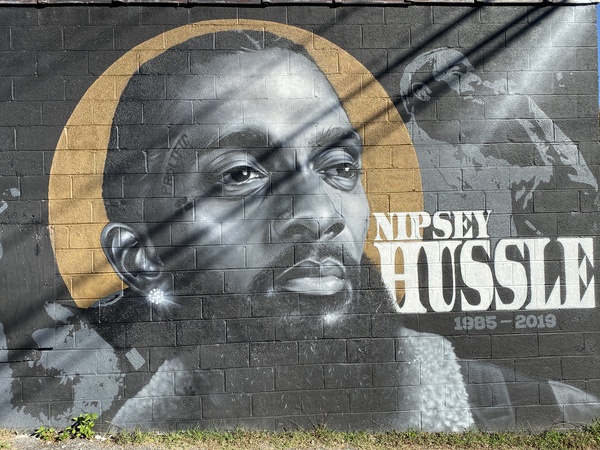 The late rapper Nipsey Hussle is immortalized by his mural painted on Bessemer Avenue.