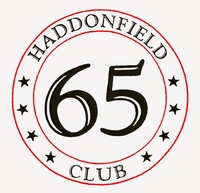 SNAPSHOT
The Haddonfield 65 Club is a social club for male Haddonfield residents, regardless of age, who are retired from their regular vocation.

FOUNDING
In 1954, Haddonfield resident Wallace J. Ross proposed that a Borough-owned polling place at 110 Rhoads Avenue could be used year-round as the headquarters for a retired men's club. On January 18, 1955, the commissioners adopted a resolution permitting such a use. The Haddonfield 65 Club, Inc. was incorporated on March 11, 1955, with 38 charter members. 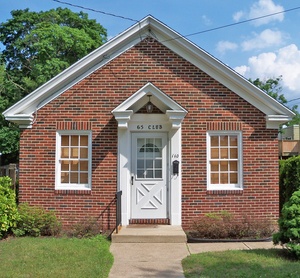 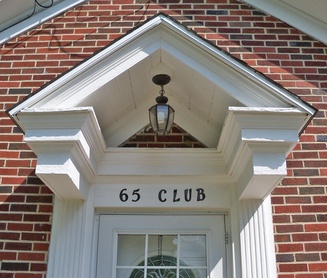 OBJECT
The object of the 65 Club is "to broaden acquaintanceship among retired men, to renew old acquaintances, to plan and take part in such civic, social, and other activities which will give the members a sense of well being."

MEMBERSHIP
Membership is open to male Haddonfield residents, regardless of age, who are retired from their regular vocation, and to retired former residents who meet certain criteria.

MEETINGS
The club meets each Thursday at 1:30pm. A business meeting is held on the second Thursday of each month; guest speakers provide programs on the other Thursdays.

SERVICE
Over the years, the Club has provided financial support to a variety of worthy causes.

The Club provides an annual award to a Haddonfield Memorial High School graduate who demonstrates perseverance in overcoming hardship or handicap in the pursuit of his/her educational goals.

PROFILES OF MEMBERS
Written by Saul Resnick, published by the Haddonfield Sun.