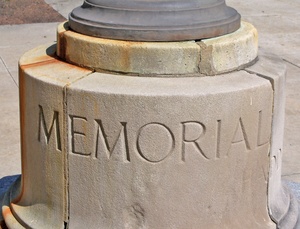 The high school in Haddonfield is sometimes referred to as "Haddonfield High School," typically by uninformed or rushed, or forgetful, or lazy writers, especially sports writers.

From the minutes of the Haddonfield Board of Education meeting held on December 17, 1925:
"WHEREAS it seems fitting that there be some public recognition of the valor and patriotism of the citizens of the Borough of Haddonfield who participated in the World War, and
"WHEREAS it is believed that the public schools are the best medium for the inculcation of the ideas of patriotic citizenship
"THEREFORE, be it resolved that the public high school about to be erected on the Kings Highway East be dedicated as a Memorial to those citizens, and that it be known as the Memorial High School, Haddonfield."

A plaque in the breezeway at the main entrance to the school dedicates "Memorial High School" to "the men and women of the town who by service or sacrifice aided the cause of their country in the World War 1917-1918." 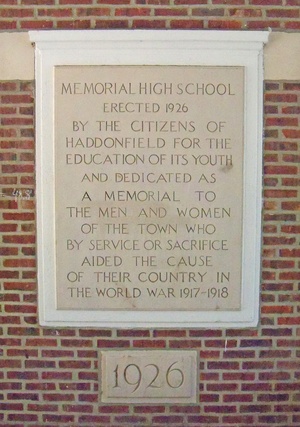 The monogram above the gates at the main entrance to the school is formed from the letters M, H (one only), and S. 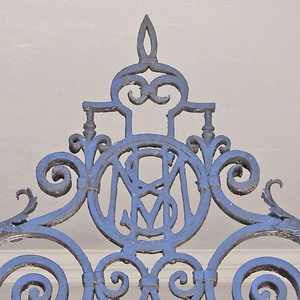 "Memorial High School" is chiseled in the stone base of the flagpole in front of the school, with the word "Haddonfield" below, in a smaller font. (See photograph above.)