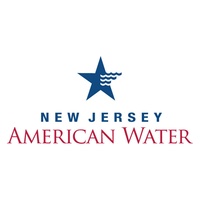 The company took over responsibility for water and wastewater services from the Borough of Haddonfield on June 1, 2015, following a decisive "yes" vote by Haddonfield residents on November 4, 2014 on the question of whether the borough should sell its water and sewer utility to NJ American Water for $28.5 million.

In a statement released on May 21, 2015 – the day the sale was completed – NJ American Water said it planed to invest approximately $6.5 million to improve Haddonfield’s water and wastewater systems during its first year of ownership, and "more than $16 million on system modernization" during the first five years. Source: marketwatch.com

New Jersey American Water is a subsidiary of American Water Works Company, Inc. – commonly known as American Water – the largest publicly traded water and wastewater utility company in the United States. Through its subsidiaries, American Water serves approximately 15 million people in more than 45 states, as well as parts of Canada.

American Water's corporate headquarters are in Voorhees NJ. The company is listed on the New York Stock Exchange, symbol AWK.