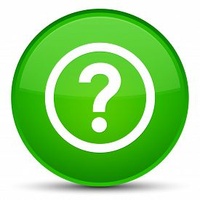 This page gives the correct names and spelling of some Haddonfield people, places, things, and organizations.

For example: Is it King's Highway, Kings' Highway, or Kings Highway? You'll find the answer here.

Aiken (as in: Joan Aiken)

Not: Aitken or Aikens

The Post is located on Veterans Lane (no apostrophe), not Legion Lane.

Comment: Legion Lane is a private street off the 400 block of Hawthorne Avenue, created after the Post's former headquarters building (originally the Birdwood Club) was sold and demolished.

Centre (as in: Centre Street)

Chews (as in: Chews Landing Road)

Not: Christ the King School

Comment: The Douglas Fir at the far end of the park in front of the Public Library (commonly referred to as "Library Point"), decorated with lights in November and December, has been referred to at times as "the Christmas Tree" and at other times as  "the Holiday Tree." The current consensus is that since it's decorated in celebration of Christmas, rather than of Hanukkah or Kwanza – or Festivus! – it should be called what it is: a Christmas tree.

Colombi (as in: Tish Colombi)

Not: Craft (singular). Not: Arts Plural).

Crows (as in: Crows Woods)

Dolley (as in: Dolley Madison)

Comment: Many believe that, as the niece of Hugh Creighton, proprietor of the Indian King Tavern at the end of the 18th century, Dolley Paine would have visited the Tavern during her late teens and early 20s. (Her family moved to Philadelphia from Virginia in 1783, when she was 15; she married John Todd in 1790. After Todd died three years later, she married James Madison, subsequently fourth president of the United States.)

Douglass (as in: Douglass Avenue)

Farmers (as in: Haddonfield Farmers Market)

Comment: It's a market made up of farmers, not a market belonging to farmers – therefore no apostrophe.

Firehouse (as in: Haddonfield Firehouse)

Not: Well … anything else!

Comment: Louis "Lou" Goettelmann (d. January 17, 1995) was an architect and a founder of the Haddonfield Preservation Society (1966). He made a major contribution to the establishment of the historic district (1971).

He designed the firehouse on Haddon Avenue, and the relocation and conversion of the historic Hicksite Meeting House to an Acme Market. He was Haddonfield Citizen of the Year for 1983.

Not: Co. (except, as necessary, on uniforms and other livery, apparatus, etc.)

Comment: The Association is the union for faculty members employed by the Haddonfield Board of Education. [CHECK!]

Comment: The Trust is a non-profit foundation dedicated to enhancing educational excellence of the Haddonfield Public Schools.

Not: Haddonfield Visitor (or Visitors) Center

Comment: The preferred name of the oldest building in Haddonfield, currently located alongside Greenfield Hall (headquarters of the Historical Society), is Samuel Mickle House.

Given that preference, alternative spellings – Hip-Roof House and Hip-Roofed House – are moot.

Comment: "Indian King" is appropriate for second and subsequent references.

Kaufmann (as in: Harry Kaufmann)

Not: Kauffmann, Kauffman, or Kaufman

Comment: Harry T. Kaufmann (d. January 6, 1988, age 80) was a long-time Haddonfield resident and enthusiastic amateur in the world of the performing arts. He wrote, composed, and in 1964 (in honor of New Jersey's Tercentennary) directed The King's Road, a musical about Haddonfield during the Revolutionary War.

The Haddonfield Civic Association (of which he was president from 1971 to 1973) established an award in his honor – The Harry Townsend Kaufmann Performing Arts Award – given annually to a High School senior student who "exemplifies his twin passions of civic engagement and participation in the performing arts."

Fondly known as "Mr. Haddonfield," he was Citizen of the Year for 1974.

Kings (as in Kings Court, Kings Highway, and Kings Lane)

Except: The King's Road, a historical musical written by Haddonfield resident Harry T. Kaufmann and first performed in 1964.

Except: On the King's Highway, a cable television show produced by the Haddonfield United Methodist Church.

Comment: A club at the High School, sponsored by the Haddonfield Lions Club.

Not: Lions Club of Haddonfield

Not: Lions' Club or Lion's Club

Comment: Unlike Rotary International, which requires that the names of Rotary clubs begin with the word "Rotary," Lions Club International allows its clubs to use their hometown at the beginning of their names.

Mickle (as in: Samuel Mickle House)

Morehouse (as in: Morehouse Lane)

Not: Moorhouse or Moorehouse

Not: Pickup-Band or Pick Up Band

Comment: The popular name of the Haddonfield Community Philharmonic and Marching Band Society.

Comment: Unlike Lions Clubs International, Rotary International requires that the names of Rotary clubs begin with the word "Rotary."

Saxbys (as in: Saxbys Coffee)

Speedline (as in: PATCO Speedline)

Not: Hi-Speedline or High Speed Line

Comment: Although PATCO (the acronym for the Port Authority Transit Corporation) occasionally uses "Hi-Speedline" and "High Speed Line" on its website and in published materials, it apparently prefers "Speedline," perhaps because the train's top speed is not remarkably high.

Comment: Some digital mapping programs – Google Maps and MapQuest, for example – omit the "S" – in error. Unfortunately, many real estate agents do also.

Conjecture: The street may have been named for the Penn Treaty Elm, an American elm under which William Penn negotiated his treaty with the Lenape at what is now Penn Treaty Park, by the Delaware River in Philadelphia.

Noteworthy: The Borough's inventory of shade trees for Treaty Elms Lane does not include any elm trees.

Trueman (as in: Trueman Avenue)

Veterans (as in: Veterans Lane)

Not: Veteran's or Veterans'

Comment: Some real estate websites – Trulia, for example – assume that "West" is directional, so they abbreviate it..

Answers to the following questions are being researched.

Question: Is it "Grace Episcopal Church" or "Grace Church in Haddonfield"?