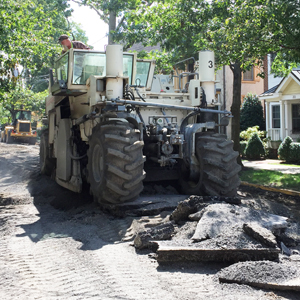 Some roads in Haddonfied are county roads – Kings Highway, Grove Street, Warwick Road, for example. Camden County is responsible for maintaining them.

Most roads, however, are the Borough of Haddonfield's responsibility, and the Borough has a detailed five-year plan – the Pavement Management Plan – for maintaining its roads.

The plan was launched in 2015. The first three years have been completed. The status of the fourth year (2018) is as follows:

Roads originally scheduled for 2018 but moved to 2019, because of budget constraints, are as follows.

PLANNING WORK ON YOUR PROPERTY?

Property owners who are planning work that would require the street to be opened should (a) obtain a street opening permit in advance; and (b) arrange for the work to be completed before March of the year that their street is listed for reconstruction.

Once the street has been paved, there is a five-year moratorium on street-opening permits.