What is Nits Nats Music?

Opened by Cheryl Brown in 1969 in the basement of a building in downtown Oxford. She opened a Henderson location in the early 1970's. The Oxford store closed in the early 90's. The original owners sold the store to long time customer and local radio personality Bill Harris and his wife, Aileen in 2005. The store relocated to Louisburg in 2006 but returned to Henderson in 2007 and has been located on Parham St. since that time. Nits Nats has sold records, CDs, Cassettes, VHS, DVDs, guitar accessories, stereo equipment, books, t-shirts, and posters over it's history. It is one of the last independently owned record stores in eastern and central North Carolina and continues it's tradition of having a wide variety of new and used records, CDs, DVD's and books. 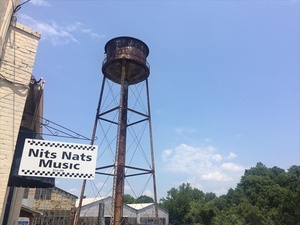