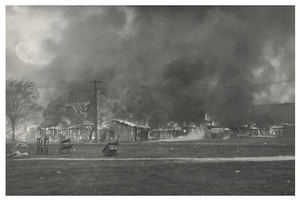 On April 13, 1922, the devastating Great Fire in Berkley took place destroying $750,000 of property. This was the worst way to celebrate Easter as Berkley natives. Their homes, businesses, schools, churches, and etc. were now completely ruined. Everything the Berkley residents possessed was now mass debris unable to revive. The community was in total distraught, fortunately, no one was physically harmed. However, their minds were now suffering from this tragedy.

The White and Black residents of Berkley united and mourned over their destroyed property. One of the most valuable buildings, Central Baptist Church was completely demolished by the Great Fire. Before the fire, the Central Baptist Church held the value of $85,000. The church served as a religious building for the Blacks throughout the neighborhood as well as a meeting place to discuss how they can progress in a society dominated by Whites. The Holiness Church located on Craig Street was also devoured by the Great Fire only leaving the remnants of the chimney. The beautiful homes of Columbus Buffaloe, Anderson Boone, Willie Brown, and Sidney Seward all lost from the fire. Mr. S.L. Clanton’s grocery store was also devoured by the Great Fire along with his immaculate home with seven rooms. The homeless victims of the fire stared at the horror in disbelief. White citizens of the city of Norfolk sympathetically supplied the neighborhood with $6,000. Black churches of Norfolk and Portsmouth also made donations to assist the fire victims.3 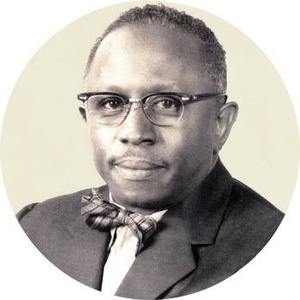