Plum Tree Island National Wildlife Refuge is a National Park Service, part of the Captain John Smith Chesapeake National Historic Trail, as well as part of the Chesapeake Bay Watertrails and Gateways Network and is the largest continuous salt marsh ecosystem in the lower Chesapeake Bay, with an area of 3,501-acre (14.17 km2). Plum Tree Island is located almost in the middle of the Atlantic Flyway, on the southwestern corner of Poquoson, along the Chesapeake Bay. The refuge offers diverse salt marshes, tidal streams and long, wooded ridges that support millions of waterfowl, marsh and wading birds, and shorebirds throughout the year.

Only Cow Island 200-acre (0.81 km2) is open to the public, as it was once used by the Air Force for ordnance testing. It still offers pristine beaches that are secluded and ideal for habitats and breeding, offering the rare opportunity for the visitor to enjoy an expansive view of the Chesapeake Bay ecosystem.

Waterfowl hunting is permitted on Cow Island only; it has no other public uses. 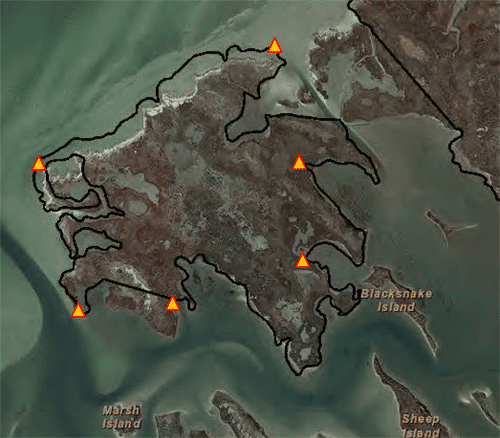