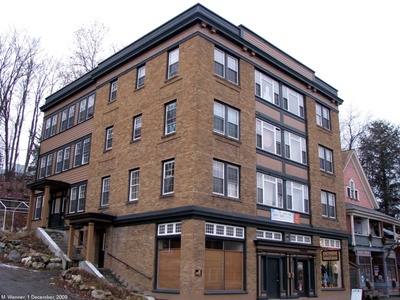 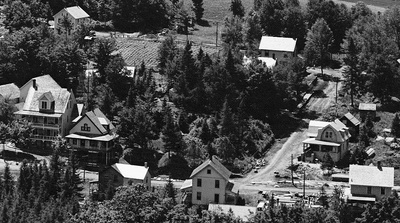 The Branch home at 134 Broadway can be seen at far left in this 1902 photograph. The gable-front house just to its right, 138 Broadway, still stands. Prospect Avenue, shown here rising from Broadway, ended at McComb Street in 1902 Address: 135 Broadway 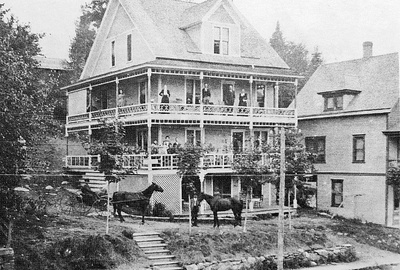 Other information: Augustine Branch family home in 1895. 1Myron H. Danforth, a mason, is listed as residing here in the 1906 Adirondack Directory. Some time between 1916 and 1924, the Branch home was replaced by the present building (Sanborn Maps). — AuSable Forks Record-Post, November 29, 1923