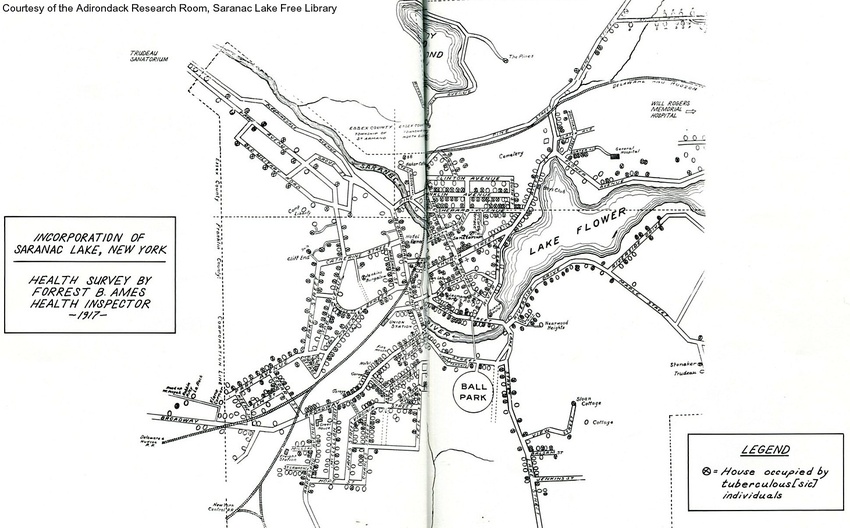 The 1917 health survey, officially the "Tuberculosis Survey of the Residents of Saranac Lake, New York" was carried out in 1916 by Forrest B. Ames under a fellowship grant from the Edward Livingston Trudeau Foundation. Each house in the village was visited and the residents queried as to the presence of individuals with active or quiescent tuberculosis.

At the time of the survey, the population of Saranac Lake was 5879. Just under twenty percent, 1287, were found to be have had TB, whether active or arrested; 860 were listed as transients, and 441 as permanent residents, almost entirely people who had come to Saranac Lake for the cure and decided to stay. Of these latter, 63 percent had arrested tuberculosis.

Ames, Forrest B., "Tuberculosis Survey of the Residents of Saranac Lake, New York", 1917.