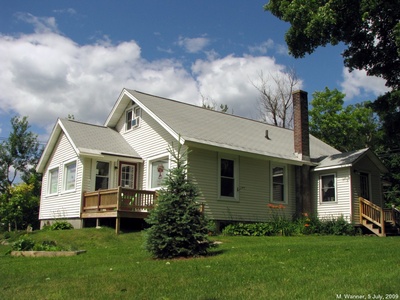 Other information: According to the 1916 TB Directory, the Dewey Cottage, run by Mrs. Cornelius Dewey, had room for 17 patients, had seven cure porches and charged $9-13 per week. If the addresses are correct, this small house, now the Inner Quest Yoga studio, must have replaced a much larger cure cottage on the site.

This house has also been identified by Mike Price as the home of Joe Walsh, caretaker at Knollwood on Lower Saranac Lake from 1926 until the late 1940s.