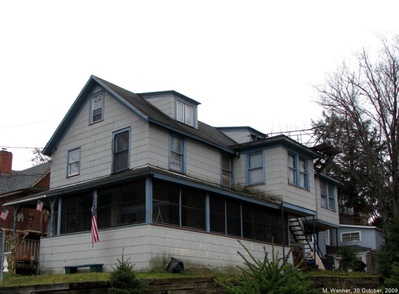 Other information: Patient Richard H. Ray stayed in the Benson Cottage while waiting to be accepted at Trudeau Sanatorium. He took photos from his bed and published them in his book, Saranac 1937-1940, which was later reprinted by Historic Saranac Lake. The Benson Cottage is listed in an undated brochure of cure cottages as having a capacity of 5, operated by Cornelia E. Benson.