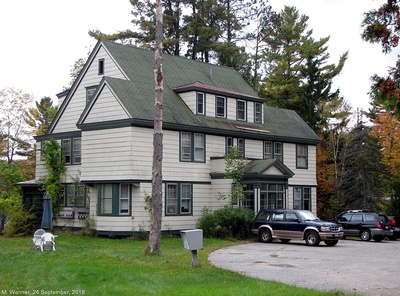 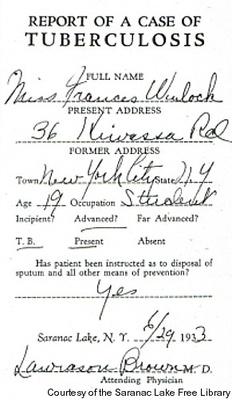 Other information: A story told about this cottage is that the proprietors were so particular about its upkeep that, when visiting, even the doctors had to take off their shoes.

Frances Winlock cured at this address. She had the disease for two years, and died at Saranac on or about 18 November 1935, aged 21.

An article, called "Cottage Calls," about the patients at the Erkander Cottage appeared in The Guild News in August 1941.